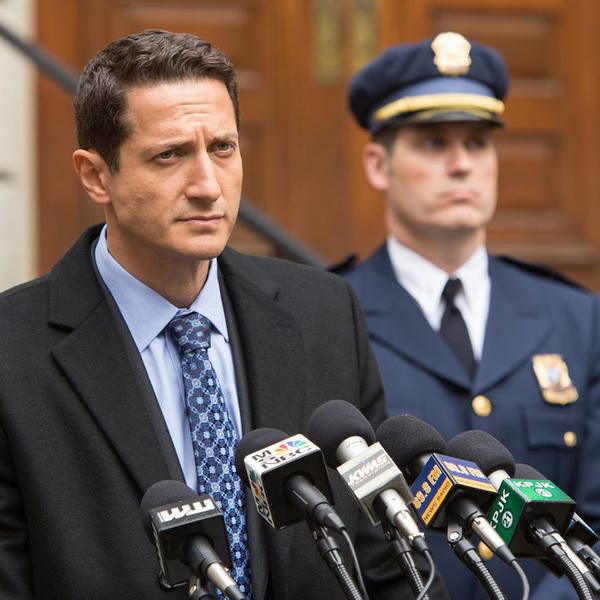 “Grimm” season 6 is expected to show more of Nick Burkhardt (David Giuntoli) and Captain Sean Renard’s (played by newly sworn in American Sasha Roiz) growing rivalry, which had finally exploded into a full-on fistfight in the previous season’s finale. That, and the secret of the magic stick. And of course, there’s that matter with Juliette being human again.

Indeed, more trouble is brewing on the horizon for Nick and his gang now that Sean is Mayor of Portland, but that’s only brushing the tip of the iceberg.

According to International Business Times, the events of the upcoming season of NBC’s fairy tale-inspired police procedural series will be centered around the treasure of the Knights Templar, more often referred to as “the magic stick,” that Nick and his best Wesen buddy, Monroe (Silas Weir Mitchell), found in the catacombs in the town of Wolfach in the Black Forest, Germany.

Rumor has it that season 6 will be seeing Sean manipulating Adalind Schade (Claire Coffee) into acting more like his wife. Nick, in wanting to free Adalind from the enchanted wedding ring that’s holding her prisoner in the Mayor’s house, will again use the stick on his current love interest and end up breaking the Hexenbiest suppressant that’s keeping her from turning downright evil again, Giuntoli told Dread Central.

Speaking of love interest, Nick’s former flame Juliette Silverton (Bitsie Tulloch) is no longer a Hexenbiest. When Nick used the stick to heal his ex-girlfriend, then known as Hadrian’s Wall operative, Eve, her synthetically acquired Hexenbiest powers got neutralized, turning her into a human being once again. Now, what this could mean to Nick and Adalind’s growing romance is something that fans are looking forward to see in the sixth installment.

EnStars also reported that Nick and his crew will be discovering more of the magic stick’s powers and their consequences.

There’s a lot in store for fans of “Grimm” when the NBC hit series returns for season 6 on Oct. 9.