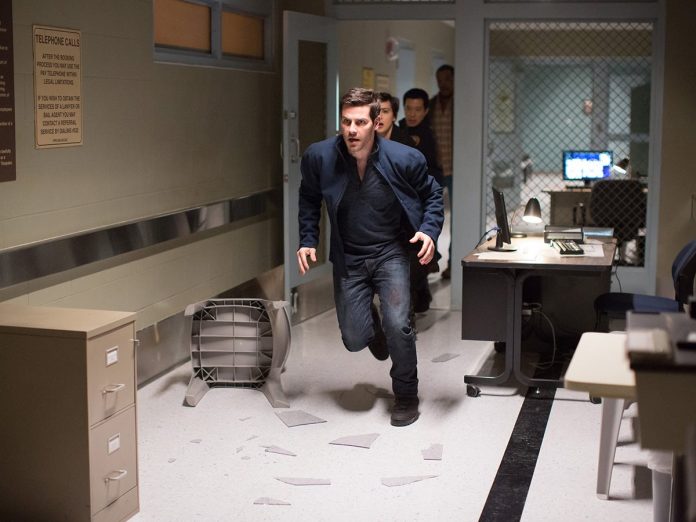 David Giuntoli dishes on his character Nick Burkhardt’s transformation as he moves toward new adventures in the upcoming season 6 of NBC’s supernatural series “Grimm.”

On his recent appearance at the Armageddon Expo in New Zealand, the star teased that, “I anticipate Nick is going to be very vicious in season 6. He was very vicious in the finale of season 5. He turns.”

Viewers may recall that in the last season, the Black Claw went after his baby with Adalind (Claire Coffee). The Portland detective tapped into his superpowers, from having an activated Grimm legacy, to save his family. Although he may have extraordinary abilities, it seems like Nick will not debut any new tricks.

“Nick has gone through a lot of different phases of superpowers [but] those kind of tailed off as the episodes go on. I think they want to take Nick to I don’t know about superpowers but I know they want to turn him into a fierce, aggressive, kind of unhinged character, so that will be really fun to play for me,” Giuntoli explained.

When the next installment premieres, the actor revealed on a separate interview with TV Insider that it will pick up only a few moments after season 5’s finale “Beginning of the End.”

In the first episode, Nick will encounter Capt. Sean Renard (Sasha Roiz) face-to-face. The actor hinted that the confrontation could go peacefully or not with Nick either thinking things through and negotiating, or just simply becoming furious at Renard for taking his child away.

Aside from a potential melee between the two, fans may also witness a reunion between Nick and his original love Juliette (Bitsie Tulloch). The latter’s personality appears to be emerging from Eve after the magical healing stick was used on her. However, it remains to be seen if the two will have a happy ending as Eve was the one who killed Nick’s mother Kelly (Mary Elizabeth Mastrantonio).