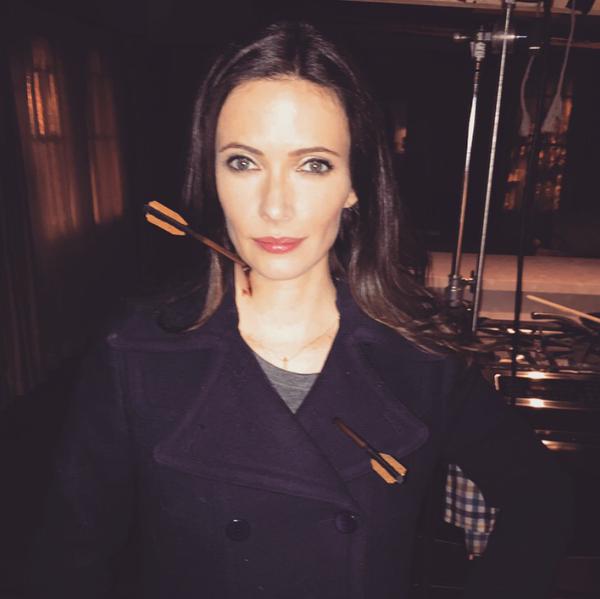 Many fans of NBC’s show, “Grimm,” are anticipating how the plot will continue after the shocking finale of season four called “Cry Havoc.”

Nick Burkhardt construed that his love interest, Juliette Silverton, has something to do with the death of his mother. He went to a battle with her and during a chokehold, Juliette begged him to finish her. However, Nick was unable to do so. This was when Trubel sneaked in and fired two arrows at her. Nick then cradled Juliette in his arms as she died. At the last scene of the episode, it also showed some group of men ordered to “get her”.

Fans speculated that the last scene might mean that the hexenbiest could actually return for season five, International Business Times reports. Adding to the assumption is the actress Bitsie Tulloch’s, who plays Juliette, recent Twitter post of a picture of her with an arrow pierced through her neck, together with the caption, “Just a flesh wound (Just kidding).”

However, according to Latin Post, the ‘her’ referred to at the last scene might actually be Trubel, who had been harried by Agent Chavez since the beginning of the fourth season. This might mean that a conflict will begin between Trubel and Nick. Moreover, show’s co-creator Jim Kouf said when asked if Juliette will be returning, “The answer is … possibly not. I think it keeps everyone on edge. You don’t know what’s going to happen. Anything could happen,” as told by Fashion Style.

Co-creator David Greenwalt also stated on the same interview how Nick will deal with his loss and how Juliette’s death changes the dynamic of the show in the new season, “Pretty serious repercussions and at the same time he’s got a lot on his plate,” he said. “All the episodes are him, grieving. It’s 12 episodes of him, alone in a room, feeling bad,” Kouf teased.