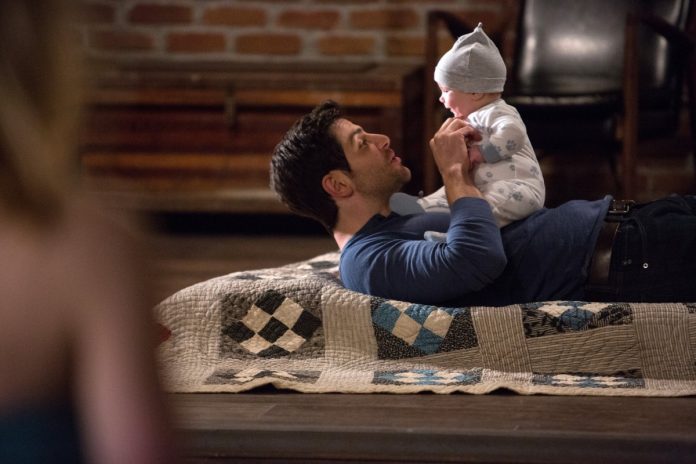 Another possible Wesen involvement will be shown in the brand-new episode of NBC’s supernatural series “Grimm” season 5.

Titled “Skin Deep,” Nick (David Giuntoli) and Hank (Russell Hornsby) will investigate a deadly beauty regiment that targets the young citizens of Portland. When the duo come across a beautiful young woman who seems to have aged 70 years overnight and died, they suspected that Wesen may have something to do with it.

In a recently released sneak peek, the narrator states, “He has discovered the fountain of youth but it has a deadly price and this beauty will need her beast.” Nick and Hank will be introduced to a local doctor, and they will enlist the help of Rosalee (Bree Turner) to help them solve the case.

Meanwhile, Sasha Roiz’s Captain Sean Renard will meet his former lover Adalind (Claire Coffee) to tell her some information about their missing daughter, Diana. Although the meeting seems friendly at first, the latter will realize that Sean has motives other than showing his concern for Diana.

“Adalind didn’t think she was just going to get Diana back for nothing, but what’s demanded of her [later this season] is incredibly challenging. What she has to do in order to get Diana back is the most difficult decision that she could possibly be forced to make,” Coffee teased to TV Line.

When Diana comes back to the small screen she will be older version, played by actress Hannah R. Loyd.

Aside from her incredible looks, Coffee shared that that the character will have a perfect balance of being “charming and totally creepy.” “The character of Diana now, she has this infant sensibility because she’s young, but looks older and is capable of magic and has incredible powers that everybody is just learning about,” she added.

Moreover, Roiz hinted that there will be a lot of people vying for the girl as she has proven to be gifted and has a massive amount of power, “She is definitely a very strategic pawn in this whole mythology,” he mused.

New episodes of “Grimm” season 5 air every Friday at 9 P.M.