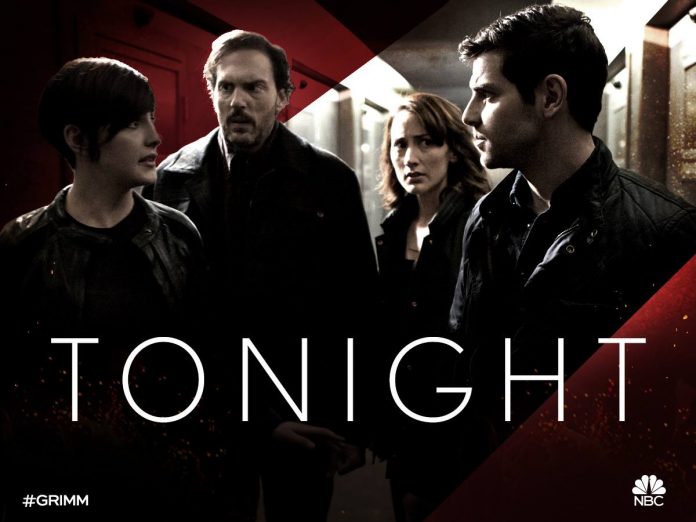 NBC’s procedural fantasy series “Grimm” is wrapping up its season 5 with a two-part special that features Nick Burkhardt (David Giuntoli) on a war path.

Titled “Beginning of the End, Parts One and Two,” episodes 21 and 22 will see a deadly showdown in the horizon as Black Claw makes a strategic move against Hank Griffin (Russell Hornsby).

The killer organization’s plan will shock everyone who are against them. In the previous installments, Nick got some clues from Eve (Bitsie Tulloch) that the group has links to Captain Sean Renard (Sasha Roiz) who now hails as the mayor of Portland.

In an interview with Los Angeles Times, actor Reggie Lee who portrays Hank Wu teased that the focus has now shifted from Wesen to Black Claw that tries to take over the world, “It’s akin to so many sci-fi shows where after five or six seasons, everyone is involved. The balance becomes the outside world. But you’re shifting the threats. Now the threat is no longer the outside world [finding out]. Now it’s Black Claw.”

Lee added that someone will meet his or her demise which will change the dynamics of the series going forward, “Here’s what I know the fans will see: There’s some death coming up. There’s that to look forward to. Because of this, you’ll see some alliances shift.”

“Season 6 is part of a clean slate in terms of where it can go, which makes me a little bit fearful about what’s to come. Again, ‘Grimm’s’ never been a show to hold back, so you will probably see the entire show change in Season 6 in terms of alliances and relationships. It’s pretty big; it’s pretty big the way this all ends,” Lee explained.