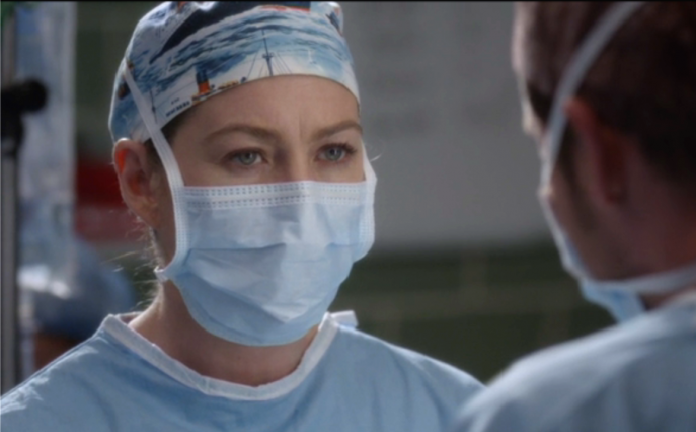 Meredith’s (Ellen Pompeo) budding relationship with Will (Scott Elrod) may already have some problems in the brand-new episode of ABC’s medical drama “Grey’s Anatomy” season 12.

Titled “When It Hurts so Bad,” the synopsis hints that Meredith takes a step forward with Will but she quickly regrets it. Other romantic storylines will also be tackled including Maggie( Kelly McCreary) and Andrew (Giacomo Gianniott) as they sense a disconnection between them, and Amelia (Caterina Scorsone) re-evaluating her relationship with Owen (Kevin McKidd). With Catherine Avery (Debbie Allen) coming into town, things between April (Sarah Drew) and Jackson (Jesse Williams) will really shake up.

Down the road, the doctors will be dealing with a heart transplant and a famous musician who is admitted in Grey Sloan Memorial due to a tremor in his hand. Catherine will also continue coming in between Jackson and April’s situation event though Richard (James Pickens, Jr.) asks her otherwise.

Meanwhile, fans may have noticed that Stephanie seems to be not that visible in the current episodes, but actress Jerrika Hinton who portrays the character teased that a shocking twist in her story may be expected.

Talking to Cosmopolitan, she shared that it will happen near the end of the season, “Stephanie makes a decision that I, as an actor, as a human being [would not make]. I got on the phone with the writers a lot, and I was like, ‘You’re really having her do this?'” she said.

“I won’t keep talking about it, because I think it might be coming too close to spoiler-y. But even in that decision, I see within it her attempting to be the best her that she knows how to be in that moment. That’s what makes the show sing and gives it its loyal viewership,” she further disclosed.

New York Giants rumors 2016: Giants have their eye on Wilkerson,...