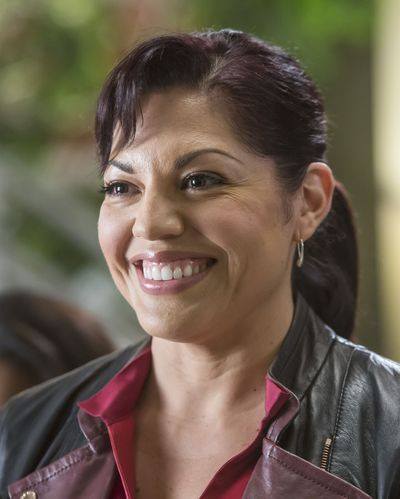 Titled “Mama Tried,” episode 22 will have the former lovers still at odds over their daughter Sofia’s future, while another relationship will also be having some issues. Stephanie Edwards (Jerrika Hinton) will question Kyle Diaz (Wilmer Valderrama) about their real status.

Moreover, Alex Karev (Justin Chambers) and April Kepner (Sarah Drew) will work on the case of a pregnant teenager that has been readmitted to Grey Sloan Memorial Hospital.

Viewers may remember that from the recently released installment “You’re Gonna Need Someone on Your Side” featured Arizona having an emotional breakdown on her car. This led to the doctor reconsidering pulling out of the legal custody battle against Callie as she believed that she may lose and just hurt Sofia in the process. However, Richard Weber (James Pickens) encouraged her to keep on fighting and their other friends were forced to take sides on who to support in their argument.

Meanwhile, down the pipeline, the penultimate episode called “At Last,” may be a positive one for Owen Hunt (Kevin McKidd) and Amelia Shepherd (Caterina Scorsone).

The synopsis reveals that the two will take their relationship to the next level. Alex will also gain some clarity regarding his possible future with Jo Wilson (Camilla Luddington), while Callie and Arizona will still struggle with their ongoing troubles about custody arrangement.

Ramirez posted on her Twitter what could be a cryptic message stating, “That’s a wrap for Doctor #CallieTorres #Season13 #GreysAnatomy #ThankYou all for an enriching & unforgettable #Rollercoaster ride!” This reportedly made some fans worried that the actress may exit the show she has been part of since season 2. However, no official confirmation has been made yet.