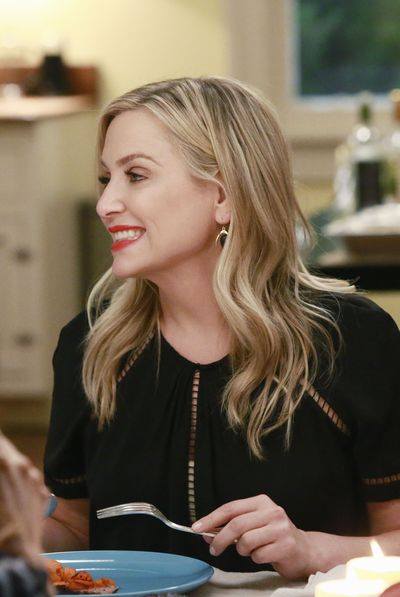 In an interview with Entertainment Weekly, executive producer Shonda Rhimes revealed that the actress returns to the production set after taking a little time off for her real-life pregnancy. Although she will not appear in the first two episodes, she will be back in the succeeding installments.

“I’m very excited to introduce a love interest for her, and to get to tell a story with her that lets her be who she is, and to see who she is post the relationships that she’s had,” the showrunner shared.

Capshaw, who gave birth to her fourth child named Josephine Kate Gavigan last May 2, took to Instagram to confirm that her maternity leave is over. She posted a selfie recently with the caption, “Look who’s back in their blues… #AZ #seasonTHIRTEEN #letsdothis #dramaandthrills.”

Arizona was slated to try her luck in love again back in season 12 but it did not come to fruition. Rhimes said that she didn’t want to force the new potential relationship to the fans. “You don’t want to just stick two people together. I want to do it organically and I want the audience to be rooting for it. So I think we’re going to have fun with it,” she explained while keeping the identity of the new character a mystery.

Even though the pediatric surgeon will now move on with her life, it does not necessarily mean that Callie, who was last seen going to New York, is completed deleted out of the equation for good.

“We’re playing that Arizona gets to go visit her daughter and her daughter gets to come see her. So it’s not this sense of loss. In our world, Callie still exists,” Rhimes concluded.