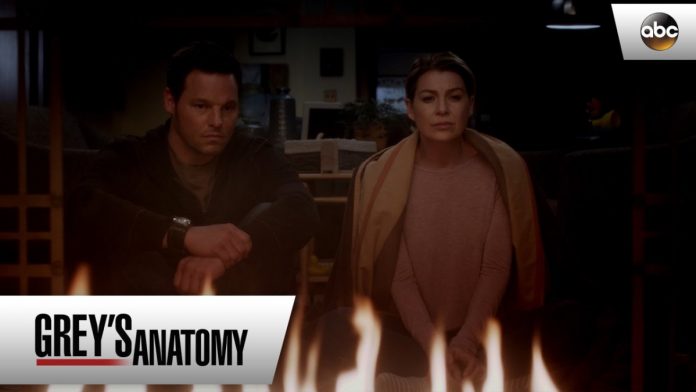 After 12 seasons, “Grey’s Anatomy” still has not lost its ability to drive their loyal viewers to a state of being mind boggled. The latest promo for the long-running medical drama’s return hints at a serious predicament involving Justin Chambers’ Alex and Giacomo Gianniotti’s Andrew.

In a 30-second exclusive sneak peek courtesy of TV Line, it appears that “Grey’s Anatomy” picks up where season 12 left off as Andrew is being rushed to the hospital. His bloodied face, of course, roots from Alex pummeling him after the latter spotted the former and her girlfriend, Jo (Camilla Luddington), in a compromising position.

The squabble, unfortunately, seems far more serious with Andrew appearing to be fighting for his life. Alex, who has been in the show since day one, is not necessarily known for keeping his temper in check. And while he might have gone unscathed in all the other times he let his anger control him, he might be due for something this time.

Torn between doing the right thing and letting her loyalties get in the way, Meredith (Ellen Pompeo) then tells Alex that they are “the bad guys,” effectively ruling that she has his back.

The thrilling plot point stays true to previous reports that season 12 of the Shonda Rhimes series will be re-exploring the lives of its original cast members including Alex and Meredith.

Speaking of the original cast members, two seasons after Derek’s unfortunate and very sudden death, Patrick Dempsey, who played the iconic character, opens up about how his exit came out to be.

“I’m very grateful for Grey’s Anatomy,” the 50-year-old actor exclusively told PEOPLE. “It’s given me the opportunity to do everything. But at the same time, there was a cost,” he continued.

“It had been long enough. It was time for me to move on with other things and other interests. I probably should have moved on a couple of years earlier. I stayed a bit longer than I should have,” he added, referring to his regular appearance on the hit show

It can be remembered that the actor’s dismissal from “Grey’s Anatomy” after over a decade in the show has been a controversial one, with a supposed rift with Rhimes tipped to be the reason. Nevertheless, both the show and Dempsey have moved on from the separation.

The drama is set to return on Sept. 22 and will continue to air every Thursday night at 8 p.m. ET on ABC.