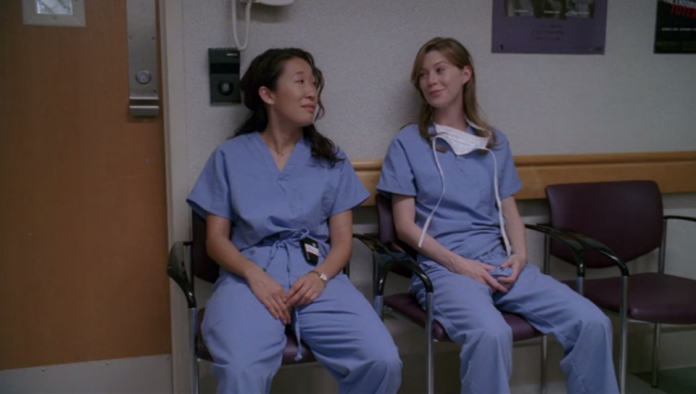 Being one of the longest running series still currently on air, “Grey’s Anatomy” has had its fair share of switcheroos when it comes to its cast of characters. Most of its original members have exited the show leaving vacant slots for newcomers. But the medical drama is said to be highlighting its past with plans of re-exploring its veteran characters.

Ironically, the tip came from a “Grey’s Anatomy” newbie, Kelly McCreary, who joined in season 11 as the half-sister of Meredith (Ellen Pompeo). The actress exclusively told TV Guide that creator Shonda Rhimes is tinkering with the possibility of shedding light on the original game players of the show.

“After such a long period of time and so many new people coming in and out, they remain the foundational characters of the show,” McCreary said. “We’re gonna be spending some more time with them to check in with where they are. The way that we spent time with Meredith last season, exploring the major shift in her life, the loss of Derek [Patrick Dempsey], I think we can expect to see those doctors being explored where they are in this moment, all these years later, the changes that they’ve gone through.”

True enough, over the years, piles of subplots incorporated in “Grey’s Anatomy” have slightly focused its attention to new members who needed to be established. And while, Meredith, Alex (Justin Chambers), Bailey (Chandra Wilson) and Richard (James Pickens Jr.) have continued to play their part in the overall narrative, it has been quite a while since the show dedicated its storylines to them. With Rhimes’s new ploy, longtime fans of the drama will be able to get some sort of progress report on them and see their growth over the years.

Of course, this new development also begs the question of whether other original characters will be returning to the show either for a limited appearance or even just a cameo. If Izzie (Katherine Heigl) were to resurface, that would definitely add more emotional stress to Alex, who is still reeling from his failed relationship with Jo (Camilla Luddington). Cristina (Sandra Oh), on the other hand, may be a perfect breather for Meredith who has had a tough time since she was widowed.

“Grey’s Anatomy” season 13 premieres on Sept. 22 and will continue to air every Thursday night, 8 p.m. ET on ABC.