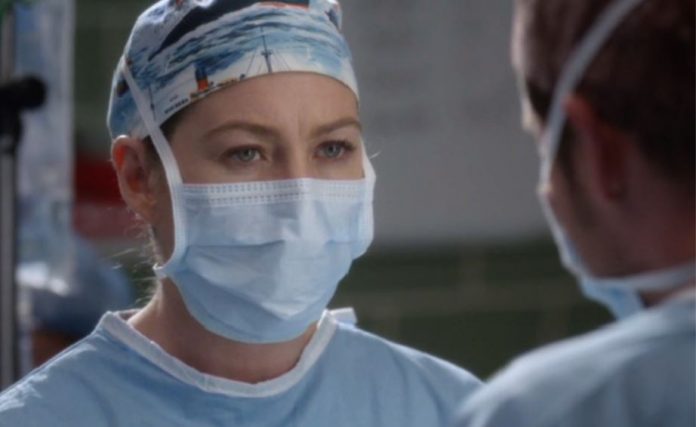 This week on “Grey’s Anatomy,” a new consultant’s arrival made the doctors at Grey Sloane Memorial Hospital afraid that they were going to lose their jobs, while April (Sarah Drew) moved on and started going on dates, much to Jackson’s (Jesse Williams) dismay.

Bailey (Chandra Wilson) brought on a doctor named Eliza (Marika Domincynzk) to observe the hospital and to get advice on how they can improve their residency program. Many of the doctors feared that they were going to get fired, and Alex (Justin Chambers) thought that they were overhauling the system because he beat up DeLuca (Giacomo Gianniotti).

Eliza proved to be abrasive but competent, and later, Richard (James Pickens Jr.) told Bailey that he wanted Eliza to help him run the residency program, adding that they would make a great team. However, Eliza said that she would only work in the hospital if she was alone.

Meanwhile, Jackson discovered that April had a profile on Tinder, and when he called her out on it, April said that he needn’t be so superior as she found his profile on the dating app. After assuring him that she swiped left on him, she went out on a date with one of her matches.

Later, April told Jackson that her date was horrible, and at one point, he looked as though he wanted to stop her from dating other men. However, Jackson encouraged her to keep on dating and said that she ought to trust her instincts.

Next week, in the episode titled “The Room Where It Happens,” a difficult surgery brings back pivotal memories for Meredith (Ellen Pompeo), Richard, Owen (Kevin McKidd) and Stephanie (Jerrika Hinton).

In the promo for the episode, the four doctors are in the operating room, and Richard tells Meredith that they ought to discuss the options.

“No we don’t,” Meredith contradicts.

NBA trade rumors: Lin to be traded to Bulls; Chalmers may...