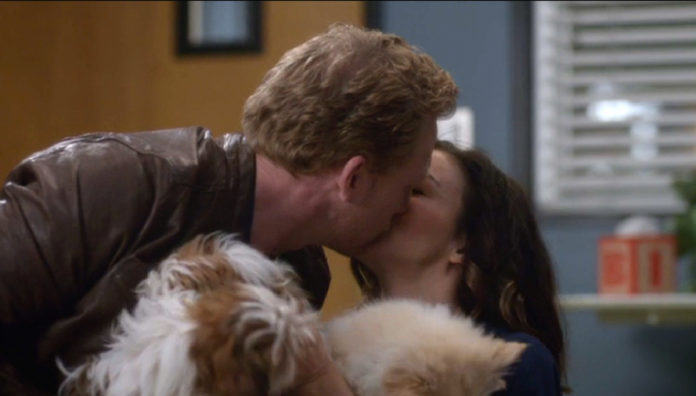 Following the marriage of Owen Hunt (Kevin McKidd) and Amelia Shepherd (Caterina Scorsone) in season 12, it is speculated that the couple may have a baby in the new installment of ABC’s long running drama “Grey’s Anatomy.”

Talking to TVLine, Scorsone gave insight on how Amelia feels about starting a family. “I think she wants children. She remembers her pre-tragedy childhood with Derek and their sisters fondly, and I think she would want to recreate that kind of boisterousness in the house. That’s one of the reasons she wanted to move in with Meredith and Maggie she likes a boisterous household!”

When asked if Amelia would be ready to try again after losing her baby on “Private Practice,” “I don’t know. And I’m sure Owen’s got his share of trauma that will make things difficult, too. But I think the intention is that they want to have children,” the actress answered.

Meanwhile, after the series featured Jo Wilson’s (Camilla Luddington) abusive relationship in the past, some fans are said to be wondering how her experience will affect her romantic connection with Alex Karev (Justin Chambers).

In an interview with Entertainment Weekly, Luddington teased the possibility of Jo’s husband making an appearance in Grey Sloan Memorial Hospital during season 13 but it is still to be determined, “I do question whether if he showed up again would that be how she feels? Obviously she’s terrified.” The actress also shed light on her past relationship, “I think she feels powerless when she was with him, and then she finally had a moment where she got to be free of him.”

Viewers may remember that although Jo is absolutely in love with Alex and wants to have a family with him, she was terrified of filing for divorce as her husband may track her down. Luddington further elaborated on Jo’s thought process regarding her love life and suggests that she believes it is not about necessarily being a strong woman or not being a strong woman, but about “someone being a master manipulator within that relationship.”

“Grey’s Anatomy” season 13 is slated to premiere sometime during the fall.