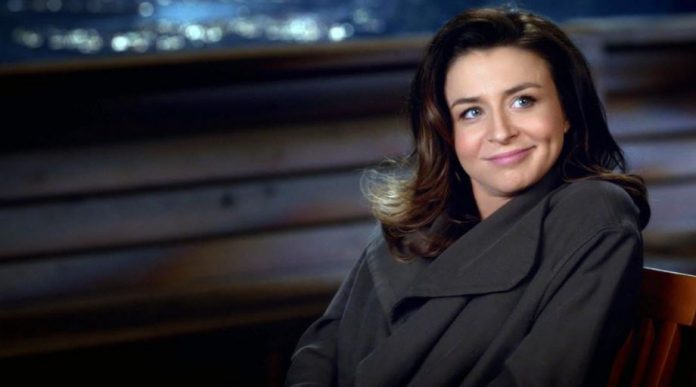 Last week on “Grey’s Anatomy,” Owen (Kevin McKidd) and Amelia (Caterina Scorsone) told each other their deepest, darkest secrets, while Jo (Camilla Luddington) and DeLuca (Giacomo Gianniotti) bonded over the fact that they were forbidden to talk about DeLuca’s case against Alex (Justin Chambers). Meanwhile, Meredith (Ellen Pompeo) told Riggs (Martin Henderson) that she just wanted to be colleagues.

Amelia and Owen talked about their beliefs, and when some surprising things came up, Amelia said that she doesn’t know how they’re going to have kids when she doesn’t know a lot about him. After complaining to their friends about their conversation, Amelia opened up and told her husband that she once had a lover who she did drugs with, and one morning, she woke up to find that he had overdosed. As for Owen, he told her that he once choked his ex, Christina (Sandra Oh).

Riggs sided with Meredith when she told Owen that their patient didn’t need surgery. When the patient became partially paralyzed, Meredith told Riggs that she can’t do her job if she’s thinking about him and said that they should just remain as co-workers.

Both Jo and DeLuca were told not to talk about his case against Alex, and later, the two shared a sandwich in the hallway, with DeLuca saying that no one was going to know if they hang out once in a while.

This week, in the episode titled “Both Sides Now,” Meredith and Bailey (Chandra Wilson) have an argument when both of their patients need a liver transplant. Meanwhile, Owen seeks help from the other doctors when he is tasked with babysitting baby Harriet for the day, and Amelia struggles to tell Owen some very important news.

In the promo, it appears that Amelia is pregnant as she gleefully tells April (Sarah Drew) the good news. Later, Meredith congratulates her, and Amelia says that her period has never been late. Perplexed, Meredith asks if she’s actually pregnant and if she has done a pregnancy test. Later, Amelia catches up with Owen and asks him if he has a minute.