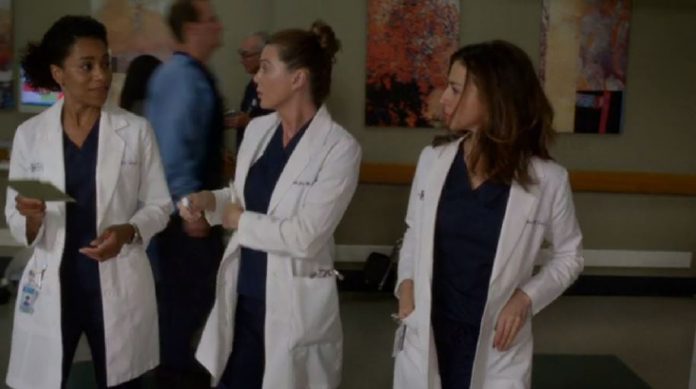 The 12th season of “Grey’s Anatomy” ended on a hopeful note for Meredith (Ellen Pompeo) as she appears to have found a new love interest in Nathan Riggs (Martin Henderson). Since the death of her husband, Derek (Patrick Dempsey) in the season 11 finale, Meredith has been mourning her true love and has shown no interest in dating whatsoever. Though she tried to date someone earlier in the season, things did not work out, but in the penultimate episode, sparks flew between her and Nathan and the two ended up getting intimate.

When the show returns for its 13th season, it is expected that the MeredithNathan romance will continue to be an important storyline in the series. However, the new pairing may result to a few complications, particularly with regard to Meredith’s relationship with her half-sister, Maggie (Kelly McCreary). Maggie has always had a crush on Nathan, and while Meredith and Nathan are keeping what they have a secret, it is expected that everyone in Grey Sloane Memorial Hospital will know about the two when the series returns.

Speaking with Entertainment Weekly, Caterina Scorsone, who plays Derek’s sister Amelia, says that her character might be caught in the drama that might erupt between Meredith and Maggie once the truth about the former and Riggs comes out.

When asked whether Meredith and Maggie will be at odds after Maggie learns of the MeredithNathan relationship, the actress said that she thinks that the two won’t necessarily end up feuding over a man.

“Sisters before misters. It’s possible that they’ll both try and accommodate one another,” said Scorsone. “I’m sure Amelia will do whatever she can do to ease anyone’s pain in the family.”