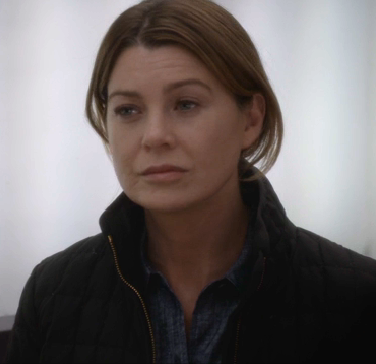 The highly anticipated season 13 of ABC’s long running medical series “Grey’s Anatomy” will premiere featuring familiar explosive, emotional drama which is focused on some of the veteran characters.

It can be recalled that back in season 12’s finale, Amelia (Caterina Scorsone) and Owen (Kevin McKidd) finally got married, but Jo (Camilla Luddington) and Alex (Justin Chambers) continued to have misunderstandings when it came to their relationship. There was also a potential love triangle between Meredith (Ellen Pompeo), Nathan (Martin Henderson) and her sister Maggie (Kelly McCreary).

Talking to The Hollywood Reporter, Scorsone revealed that episode 1 titled “Undo” picks up immediately after the wedding but it will not have anything to do with Amelia and Owen. “It could be a literal explosion, but in this case, it’s emotionally explosive. It’s going to be a key story this year that a lot of people are going to be interested in,” she teased.

Overall, the new run is expected to focus on the beloved characters who have been part of the series since day one. These include Meredith, Alex, Bailey (Chandra Wilson) and Richard (James Pickens Jr.).

“There is going to be a lot of checking in with the original cast; we love them so much and there has been such a renaissance with the show that it’s nice to focus on the core pieces that have been there since the very beginning,” Scorsone added.

Furthermore, McCreary shared in an interview with TV Guide that the storyline will spend more time with the original characters to see where they are currently. Similar to how Meredith was given focus last season, when she was exploring the major shift in her life upon losing Derek (Patrick Dempsey), the other foundational characters will also be highlighted.

“I think we can expect to see those doctors being explored where they are in this moment, all these years later, the changes that they’ve gone through,” the actress concluded.

This leads to speculations that other original cast members such as Sandra Oh as Christina Yang and Katherine Heigl as Izzie may return to the series. However, there is no confirmation yet.