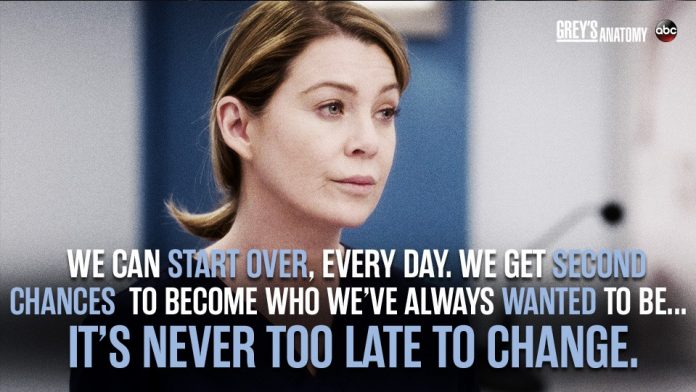 In an exclusive report by TV Line, the image showcases the right half of the face of the protagonist, while the other half has been replaced by the iconic Seattle skyline that is rendered in black and white. In comparison to previous promos, the new artwork is not accompanied by a tagline which seemingly encourages the fans to interpret the upcoming season on their own.

An online frenzy kicked off with some speculating that it could mean that Meredith will be torn between moving forward with a potential serious relationship with Nathan (Martin Henderson) or not, while others are assuming that it may be her last time staying in the city as she will ultimately bid farewell to Seattle similar to what Callie Torres (Sara Ramirez) did last season.

Moreover, fans believe that the picture denotes a rebirth for Meredith as she opens herself to more of what Seattle has to offer. She may also be ready to have a more colorful life after experiencing the heartbreaking demise of her one true love, Derek Shepherd (Patrick Dempsey) since her eye mimics the turquoise-tinged background. One factor presumed to contribute to this is by having a new love interest to mend her fully.

Whether Meredith decides to jump in to another committed relationship or not, Pompeo has made it clear that Nathan will never be Derek, “There will only be one McDreamy ever. You know, he’s not replaceable,” the actress previously stated.

Meanwhile, executive producer Shonda Rhimes took to Twitter to address the fans who may be reading too much into the material. “For anyone trying to interpret the ‘meaning’ of the new #GreysAnatomy poster design: it means ABC designs really cool posters,” she posted.

Bleach chapter 641: more of Nemu's past to be revealed?