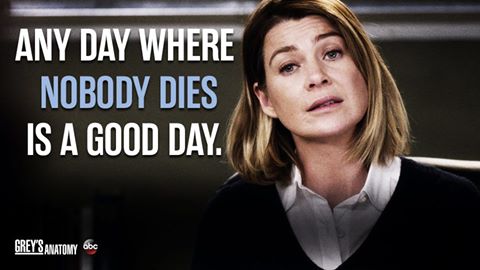 Viewers of ABC’s long running series “Grey’s Anatomy” will see the rest of characters continue to help Meredith Grey (Ellen Pompeo) as she recovers from the patient’s attack during season 12’s winter premiere.

In an exclusive clip shared by TV Line, Meredith’s half-sister Maggie (Kelly McReary) keeps inviting people over Meredith’s house as she seems afraid that her half-sister will do something bad if she spends time on her own.

“So annoying. [Maggie] has people over all the time. Like if I’m alone, I’ll explode or something. They won’t go away,” she said to her new therapist played by “Life Goes On” alum Bill Smitrovich. Her colleagues from Grey Sloan has been helping her cope with the traumatic experience through constant talking and pizza. “Then tell them to go away,” her therapist replied.

During the discussion with her visitors, Callie (Sara Ramirez) revealed that she is no longer with Penny (Samantha Sloyan) and misses having “journey-of-discovery grade sex.” Alex (Justin Chambers) then shared that he and Jo (Camilla Luddington) used to have that kind of intimacy all the time.

When things seemingly get awkward, Meredith suggests that it is okay for the doctors to go home. When they ask if it is fine for her to be alone she said, “I’m a widow, I’m used to it” and explained that what she really wants is to have some sleep.

Meanwhile, it was revealed that Kevin McKidd who portrays Dr. Owen Hunt is negotiating with the production team to extend his current contract which will expire at the end of season 12.

“I don’t see any reason why it wouldn’t happen. I love [the show], I’m not being corny or giving you the party line, but this has been like a family for me. I came in as just an actor, and now I’m directing, I’m also talking tentatively about developing something beyond ‘Grey’s’ for Shondaland,” he stated in an interview.

New episodes of “Grey’s Anatomy” season 12B air every Thursday at 8 P.M.