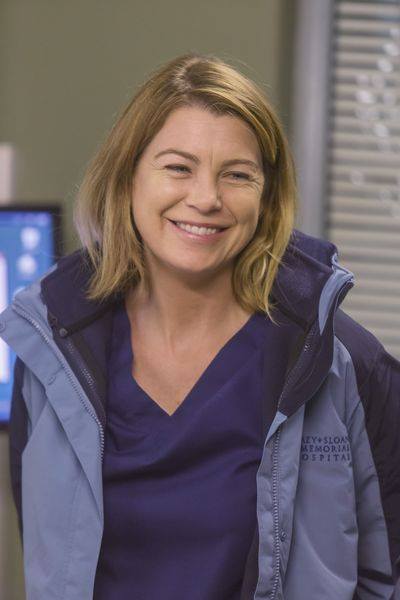 The season finale of ABC’s long running series “Grey’s Anatomy” will be an emotional roller-coaster with Amelia’s (Caterina Scorsone) big day happening, while the other doctors deal with a situation that could result to death.

Meanwhile, Jo (Camilla Luddington) will share that she has been keeping secret from Alex (Justin Chambers). Arizona (Jessica Capshaw) and Callie (Sara Ramirez) will continue to deal with the impact of their custody arrangement. Elsewhere, Ben (Jason George) will leap into action to help a friend.

According to TV Line, someone will meet his or her demise in the upcoming installment. McCreary teased, “It’s all about matters of the heart and the culmination of a lot of challenges that we’ve seen in the major relationships, [especially] April (Sarah Drew) and Jackson (Jesse Williams); Callie and Arizona; and Owen and Amelia.”

In the promotional video, Amelia can be heard saying “I am flipping out here,” while Meredith reassures her, “I am here for you. Tell me what you want to do?” Moreover, it turns out that Ben will be helping Arizona who happens to go into labor during what looks like the middle of Owen and Amelia’s ceremony. It remains to be seen what repercussions his actions may incur as he is currently suspended from Grey Sloan Memorial Hospital.

In terms of the shocking intimacy between Meredith and Nathan Riggs (Martin Henderson), Pompeo shared to The Hollywood Reporter that it is unfair to call him the new McDreamy, “It’s unfair to Patrick [Dempsey] and Martin to call Riggs the new McDreamy. There will never be another McDreamy; there is not another Patrick Dempsey. It was a huge loss. No one will ever replace him. We can only move forward and change. Right now, thematically, you get one great love in your life. You don’t get two.”

“You get other people that you like but you get one great love of your lifetime. And if you’re lucky enough to marry that person, you can’t be too greedy. You get one great love in your life… When someone dies, there’s another element to that. The guilt there’s no replacing them. I’m not sure where that storyline is going but it’ll make for some juicy drama,” she added.