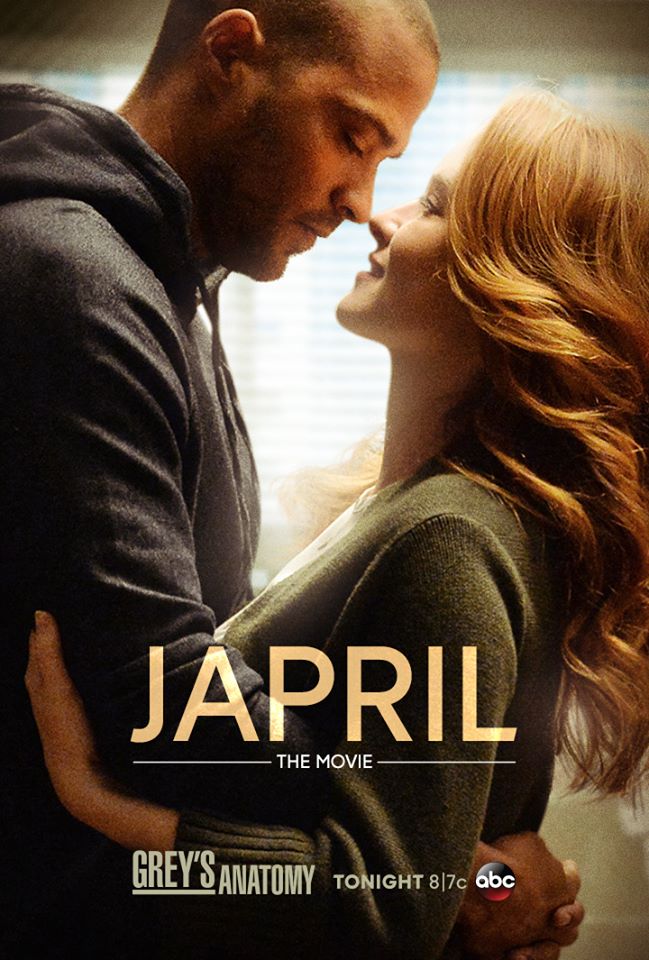 The next episode of “Grey’s Anatomy” season 12 will see some relationship issues among the other characters, after the very emotional divorce of April and Jackson.

The previous episode, titled “Unbreak My Heart,” shifted the focus away from Meredith (Ellen Pompeo) after airing her tragic attack in the midseason premiere and her recovery in the past few episodes. Episode 11 centered on the relationship of April (Sarah Drew) and Jackson (Jesse Williams) as they signed their divorce papers. The episode was very emotional, especially for fans of the love team, since it also showed flashbacks of how their love started and grew. As Arizona (Jessica Capshaw) stepped in to comfort April, she also learned that April is pregnant.

Nonetheless, fans of Japril are given some hope, as the spoiler room of Entertainment Weekly revealed that there are possibilities for the two to be back together. According to Drew, “I totally think this baby could bring them back together.”

However, the actress also clarified that Jackson will not come back just because of the baby because April will not be satisfied with that as well. Instead, it will be “through different sets of circumstances” that will bring them “back together for sure.” In the meantime, April will find her comfort through Arizona, Nathan (Martin Henderson), and Owen (Kevin McKidd).

Meanwhile, the upcoming episode, titled “My Next Life,” will return to the day-to-day troubles in the hospital. Meredith will have her surgical patient, but Amelia (Caterina Scorsone) will take over. On the other hand, Maggie (Kelly McCreary) will become anxious about her secret relationship, while Arizona will consider dating again.

In the official synopsis posted on TV Guide, it narrates, “Meredith’s first surgical patient returns to the hospital with a new aneurysm, and Amelia takes on the case. Elsewhere, Maggie believes Richard knows about her secret romance with Andrew; and Arizona considers jumping back into the dating world.”

iPad Mini 5 release date in September? what to expect

'Devious Maids' season 5 renewed? Marisol's disappearance to be the new...