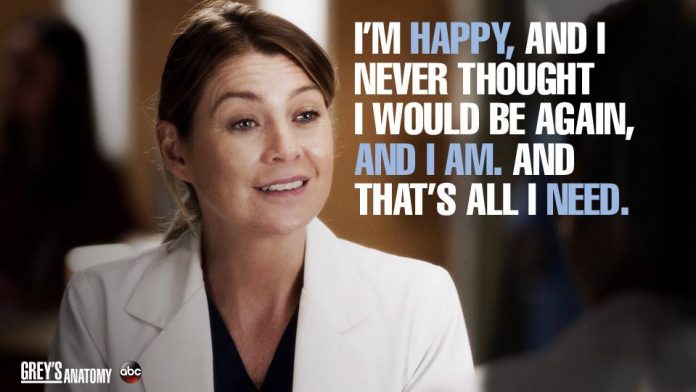 The emotionally charged episode of “Grey’s Anatomy” was directed by Ellen Pompeo, the actress who plays the titular character, Meredith Grey, in the show. She said that juggling her acting career and parenting was the reason the delay of her directorial debut.

“I’m already there really a lot of hours. Directing is even more hours. The idea of spending more time there really has never appealed to me,” Pompeo stated during her recent interview with Variety.

“I have a pretty busy home life I have three kids,” she continued.

Pompeo has been married to music producer Chris Ivery since 2007, and they are parents of Stella, 7, Sienna, 2, and three-month-old Eli Christopher.

The 47-year-old actress revealed that showrunner Debbie Allen was finally able to convince her to direct one of the episodes in the series for its 13th season. With the help of creator Shonda Rhimes, the lead star learned a thing or two about directing, producing, and storytelling.

“Debbie Allen doesn’t take no for an answer! I thought about it and everything she said was true I do know more about the show than more of the directors that come in, so if they can do it, I certainly could,” Pompeo explained.

The 2017 People’s Choice Award winner asserted that the episode she was directing took her a month to complete. Luckily, the set was family-friendly, so she managed to bring her kids to work.

When asked how she chose the episode she wanted to direct, Pompeo recalled that she always wanted to display her creativity on a script from writer Meg Marinis, and Rhimes made it possible. Allen, then, checked on the directorial schedule and arranged an open slot for her.

In the 18th episode, titled “Be Still, My Soul,” Maggie’s (Kelly McCreary) mother, Diane (LaTanya Richardson Jackson) was suffering from breast cancer. Her health deteriorated in spite of all treatment procedures she underwent. After having a wonderful dinner with her daughter’s friends, Diane passed away.

Meredith and Nathan’s (Martin Henderson) romantic date was postponed because the former has to comfort the grieving physician.

The next episode of “Grey’s Anatomy” will air on Apr. 6 on ABC.

'Red Dead Redemption 2' release date rumors: sequel may be up...