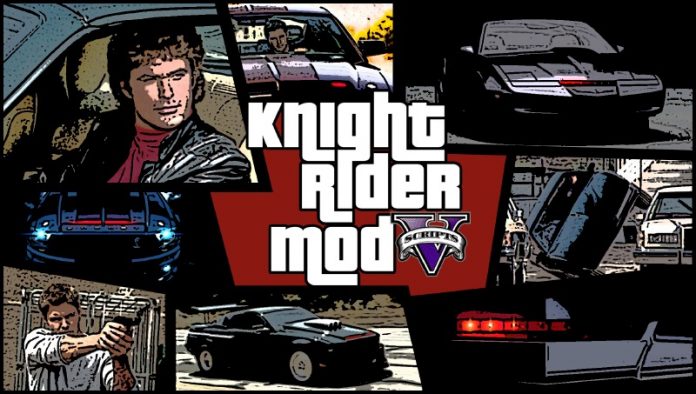 Players of Rockstar’s “Grand Theft Auto V” are being treated to the addition of latest mods made available online.

One recent mod titled “Knight Rider Mod V Scripts” which features the famous K.I.T.T. car, also known as Knight Industries Two Thousand, from the 1980s TV series of the same name “Knight Rider.” The vehicle is described as invincible both in land and sea and amphibious in nature.

The file also includes a DLC pack that adds Supercompressor and GT-Wing in Attack Mode and can change engine sound.

According to GameSpot, fans of the series may be delighted to know that the talking car has voice clips of William Daniels from the origin show. Based on a demonstration video, the car can be driven on two wheels with or without a driver and can speed up using turbo boost while avoiding traffic by air jump. Moreover, players may use the alphanumeric part of their keyboard in navigating the car to create a somehow realistic feel of the central controls.

The report noted that making Iron Man has been done before in “Grand Theft Auto IV” but as the billionaire Avenger tears through the city, terrorizes police and citizens, and takes down helicopters, the new downloadable version is deemed to be better than the previous one.

Moreover, Rockstar issued a statement over some players’ claim that their recently released patch is allegedly targeting mods in PC.

“We have always appreciated the creative efforts of the PC modding community and we still fondly remember the awesome zombie invasion mod and original GTA map mod for GTA 4 PC among many other classics. To be clear, the modding policy in our license has not changed and is the same as for GTA4.

“Our primary focus is on protecting GTA Online against modifications that could give players an unfair advantage, disrupt gameplay, or cause griefing. However, as a reminder, mods are still unauthorised and as such, Title Updates may cause Story Mode mods to behave in unexpected ways because they are not supported or tested, and players run them at their own risk,” Eurogamer reports.

'Modern Family' season 8 spoilers: the Pritchetts and Dunphys to reunite...