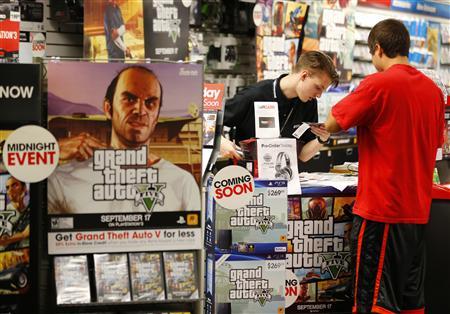 While fans have been clamoring for some word on “Grand Theft Auto VI’s” (GTA VI) release, developer Rockstar Games has remained tight-lipped. However, that has not stopped fans from digging up information that may point them to the right direction.

While it is possible for Rockstar to finally unveil “GTA VI” at the event, reports are saying that the developer may announce the western adventure game “Red Dead Redemption 2” instead. Some reports also mentioned that Rockstar will not be announcing anything because the focus of the event will be on the new PlayStation 4 Neo and PlayStation Slim.

Still, there is a possibility that “GTA VI” will be revealed since games in the “GTA” franchise have always been one of the top titles for Sony’s consoles.

Initially, some believed the game was going to be unveiled at Gamescom 2016 last month, but nothing happened during the event.

Parent company Take-Two Interactive’s recent fiscal report revealed that Rockstar is working on several projects, so the probability of the studio working on “GTA VI” is quite high, which is why many believe that the game will be announced sometime this year or the next.

If Rockstar does not announce the game at Sony’s PlayStation Meeting event, reports say they may choose to reveal it at the next Electronic Entertainment Expo (E3) in June 2017.

Meanwhile, most sources believe that the game will be released in 2018 since the games in the series always have a four- to five-year gap period between them.

Will Rockstar announce “GTA VI” on Sept. 7? Stay tuned to find out.