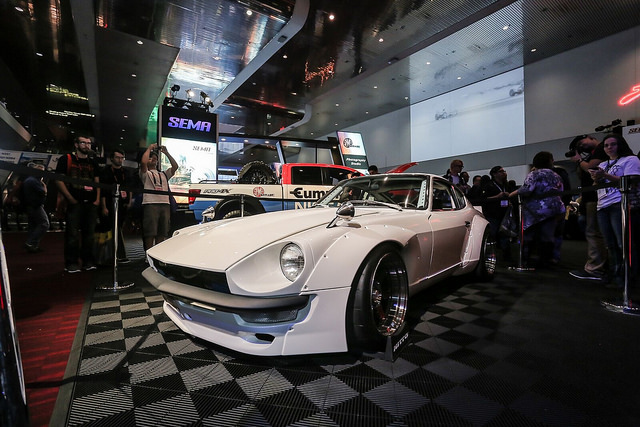 The 2015 Gran Turismo Awards, an event that was part of the recently held SEMA Show at the Marquee Nightclub in Las Vegas Nevada, awarded the best cars of the year according to five different categories, and announced that a winning car from the event will come as a playable vehicle in the upcoming “Gran Turismo” titles for the PS4.

As detailed by SCEA Product Manager Ken Chan via the PlayStation Blog, these are the five winning cars that were picked, each to their own category, and their corresponding judging automotive media expert.

As for the Best in Show for the Gran Turismo Awards winner, franchise creator Kazunori Yamauchi picked the 1973 Datsun “Fugu Z” 240Z car as the winner. The model is owned by Sung Kang, of the hit “Fast and Furious” franchise.

In addition to this, Kazunori Yamauchi announced that they will be adding the award-winning 1973 Datsun “Fugu Z” 240Z car as a playable car in future “Gran Turismo” titles for the PlayStation 4 console.

In partnership with racing body FIA, the new PS4 game “Gran Turismo Sport” will be having two annual racing championshipsthe nations Cup, and the Manufacturers Cup. The Nations Cup will have players race to the top for the chance to represent their home country in the world championships. The Manufacturers Cup, on the other hand, will give players the chance to race representing their favorite car manufacturer.