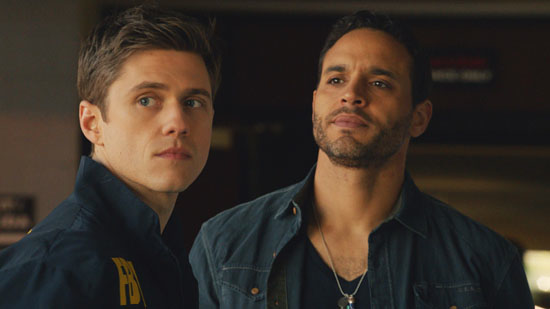 On this week’s episode of ‘Graceland,’ the show will see how Charlie faces dilemma with regard to her pregnancy. Will she keep the baby?

Last week, on the premiere of season 3, it was seen that Agent Paul shows Agent Warren the newspaper clipping of his faked death. Paul will be seen taking part in an undercover operation, while the rest of the team works together to capture the LAPD Gang Task Force Detective Sid Markham. While doing so, Paige decided to arrest Markham on her own with just Johnny as her back up.

And Johnny was seen to be rather busy with Lucia and Carlito Solano’s drug cartel. And in a shocking twist, it was revealed that Mike isn’t dead, after all.

Speaking killing off Mike’s character, Jeff Eastin, the executive producer of the show, said, “We discussed it for a half-second. The intent really was to play out two things: No. 1, the fact that Briggs is always a master chess player. He’s always trying to manipulate and maneuver and pitting that against this belief that Mike has, when he was clinically dead for six minutes, he believes he saw something.

He continued saying, “We touch on it a little bit in the first episode but that really becomes the major issue of the season is what Mike believes he saw and what he does about it. We always had that in in mind when we came to that conclusion,” according to The Hollywood Reporter.

In the second episode of season 3 is titled, ‘Chester Cheeto,’ it will be seen that Agent Paul will be on his undercover operation with the Sarkissians, while Charlie isn’t sure what to do with her baby.

‘Graceland’ season 3, which returned to TV on June 25, will air every Thursday.