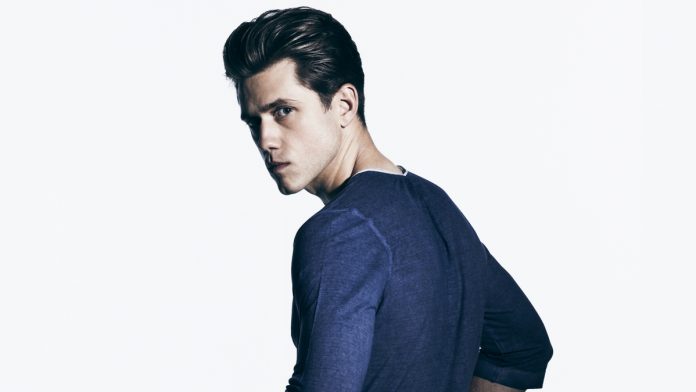 The team is back as a cohesive unit on the third episode of USA Network’s action drama series “Graceland” which currently airs for season three.

Titled “Sense Memory,” viewers have seen that the agents are relying again on each other to solve a case. With Sid Markham’s death, Mike Warren and Paige Arkin decided to close the investigation together. However, upon arresting Carlito Solano’s men in the middle of a shipment, they only found chickens instead of drugs.

The sight of chickens distracted Mike and he almost got shot. Paige luckily saves him. Paul Briggs expresses his concern over Mike to which the latter reveals that he has visions which he always sees 47 birds and the clock reading 10:10.

What this means is still a mystery for the show followers but Mike opening up to Briggs may be a good sign that he may also tell him about his addiction to opiates in the next episodes.

Aaron Tveit who plays Mike said to Just Jared that it is interesting how seemingly Mike and Briggs’ roles have become reversed, “I just think the relationship between Mike and Briggs is great because it’s so complicated. It’s always flipping back and forth, of who is wary of who, and who has the power at any moment. This whole spirituality thing, with what I saw, I think that resonates with Briggs. Then the fact that I’m addicting myself to Opiates, that’s obviously something he can relate to. We have a lot of common ground now that we didn’t have before in a strange way.”

He added that his character does not believe in things that he is seeing but he knew in himself that he saw it. Mike may be worried about other people telling but he thinks that Briggs is the only one who might understand.

When asked what is in store for Paige and Mike’s relationship in the future, Tveit said that he thinks that they will be close but “never going to get back to what they were,”

“There’s a lot of repair to be had there. As were shooting the end of the season now, you’ll be able to see that they’re ultimately able to function around each other. They were close and all that is still there, but just with what happened, it makes really tough to get back to anything that they had… Obviously, they have chemistry. But it wouldn’t really be honoring the circumstances if they all of a sudden romantically were back together. That would be crazy for both of them I think,” he added with a laugh.

The latest episodes of Graceland air on Thursdays 10/9c.

Beauty And The Beast Season 3 Spoilers: Will Cat's involvement with...