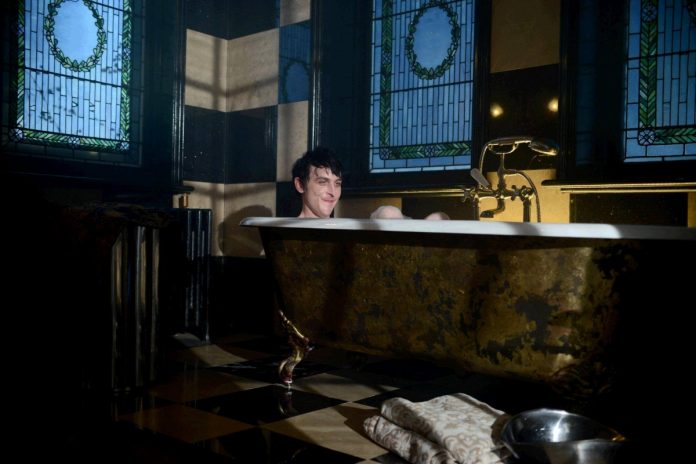 Titled, “Wrath of the Villains: Mad Grey Dawn,” the upcoming instalment will show Penguin visiting some old friends that will lead to a reunion with his father Elijah Van Dalh (guest star Paul Reubens). Meanwhile Detective James Gordon (Ben McKenzie) and Harvey Bullock (Donal Logue) will investigate a trail of clues left in a museum robbery. It turns out to be Edward Nygma’s (Michael Smith) doing as he plays a dangerous game of cat-and-mouse.

Moreover, Gordon’s past will come back to haunt him when an anonymous person threatens to expose his hand in Theo Galavan’s (James Frain) murder.

The promo teases that an investigation will be opened about the killing and Gordon becomes the primary suspect. “You know me,” Gordon says to Captain Nathaniel Barnes (Michael Chiklis) to which the latter replied with, “I know that something went down between you and Galavan. What am I missing?” Gordon then shouted, “I was set-up!”

Viewers may remember that Nygma promised to himself that he would get back at Gordon as he believes that the detective is on to him after the murder of Kristen Kringle (Chelsea Spack). The clip shows that it seems like Nygma is the one that caused the evidence to resurface. “That bad stuff you told me about Jim Gordon is really paying off,” he said triumphantly to Penguin.

Meanwhile, Penguin is back to being a freeman and will be reunited with some people in his life, “Your father, family, is it a dream?” he muses. His estranged father Elijah then told him, “It’s not a dream my boy, you’re home.”

On the other hand, after hearing that Matches Malone (Michael Bowen) took his own life at the end of episode 14, Bruce Wayne (David Mazouz) has decided to live on the streets with Selina Kyle (Camren Bicondova) for the time being. The narrative will also showcase her teaching him the ways of the streets.

New episodes of “Gotham” season 2 air every Monday at 8 P.M.EDT.

Once Upon A Time Season 5 spoilers: 'Unimaginable' villain coming to...