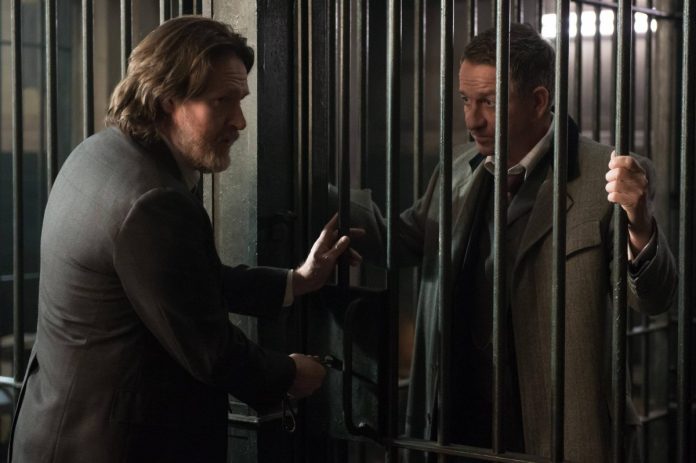 Viewers will see another big bad being introduced in the brand-new installment of Fox’s hit series “Gotham” season 2.

Titled “The Wrath of Villain: Azrael,” the upcoming episode 19 will feature Theo Galavan (James Frain) having a new lease in life as he will be resurrected by the evil Dr. Hugo Strange (BD Wong) to go after Detective James Gordon (Ben McKenzie) who killed him in the early parts of the narrative. Strange will be able to get ahold of Galavan’s body and will use the special solution of Mr. Freeze (Nathan Darrow) to bring him back from the dead.

With Gordon sharing a history with Galavan, he will try his best to subdue the new villain using the similar methods he used before. However, he will soon find out that it will not be the same person he had fought before.

The sneak peek shows some scenes of Galavan in heavy amor, wielding a symbolic sword and calling himself Azrael, while Strange who seemingly controls him, refers to his creation as the “redeemed one.” Azrael has supernatural strength and some form of insanity.

It also features Gordon talking to the young Bruce Wayne (David Mazouz) and gives him some advice that will more likely reverberate throughout his career as the Caped Crusader. Gordon tells him that killing the enemy has some repercussions, “Crossing that line, will make you more like the evil you are trying to fight.”

Comic book readers will remember that based on the original DC Comics canon, the character will be encountered by Batman in the future. The name “Azrael” is actually a title, referring to the “flaming sword-wielding champion” of the Sacred Order of the St. Dumas, which is Galavan’s religion in the show and named after the Biblical incarnation of the Angel of Death.

Season 2, episode 19 of “Gotham” is slated to air on Monday, April 25. The episode will also highlight the character of Nygma (Cory Michael Smith).