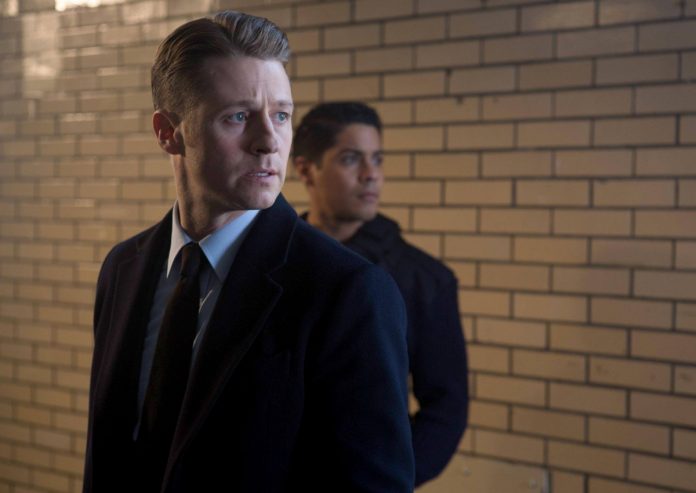 Fox’s hit thriller series “Gotham” is down to its last four episodes before season 2 wraps up, and the upcoming installment will see the villain Azrael going after Detective James Gordon (Ben McKenzie).

Executive producer John Stephens teased the antagonist who will wreak havoc in the city stating, “Many of the hallmarks and traits that we know from the comics, but it will have a brand-new twist upon that character; the way we’re going to bring that character into being on our show will be different than anything we’ve seen in the comics.”

Comic book fans may remember the Samurai-wielding warrior, as he was first revealed in 1992, through a character named Jean-Paul Valley in “Batman: Sword of Azrael” by Danny O’Neill and Joe Quesada. He is described to be created by the Order of St. Dumas, where they train a new Azrael every generation with Valley’s father before him being the avenging angel. However, it remains to be seen if his incarnation will have the flaming sword.

Down the pipeline, the episode dubbed “Wrath of the Villains: Unleashed” will have Azrael on the loose around Gotham City. The incident will spark Penguin also known as Oswald Cobblepot’s (Robin Lord Taylor) need for revenge.

Meanwhile, Bruce enlists the help of Selena Kyle (Camren Bicondova) to help track down Strange as he evades arrest for his experiments. Michelle Veintimilla will also reprise her role as Firefly.

George Clooney news: Actor plays 'Never Have I Ever' with Rihanna,...