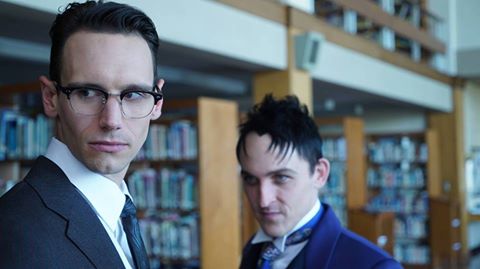 Titled “Mad City: Follow the White Rabbit,” episode 6 will feature the Mad Hatter (Benedict Samuel) setting his eyes on his next victims, making Jim decide on his next move as well. In addition, Penguin (Robin Lord Taylor) and Nygma’s (Cory Michael Smith) relationship evolves as a familiar face comes back to the latter’s life.

Meanwhile, episode 7 dubbed “Mad City: Red Queen” will have the characters taking a psychedelic trip. After coming in contact with a substance from the Mad Hatter, Jim gets led to a trip wherein he will have to confront his past, present and future. Elsewhere, Penguin struggles with Nygma’s new relationship.

Down the line, episode 8 dubbed “Mad City: Blood Run” has everyone going a little mad. It turns out that Detective Nathaniel Barnes (Michael Chiklis) begins to feel the effects of a recent incident.

There will also be a focus on the relationship between Nygma and Isabella (Chelsea Spack) with the former going out of his depth. Meanwhile, Carmine Falcone (John Doman) throws Lee (Morena Baccarin) and Mario (James Carpinello) an engagement party.

On a related note, Taylor recently acknowledged the special bond that has been forming between his character, Penguin/Oswald Cobblepot, and fellow villain Nygma also known as the future Riddler.

“Well, they are both outcasts in their own way and in a way that actually complements each other. Oswald is more emotional, whereas Edward is very cerebral and they both have lost everyone in their lives,” he told ScreenRant.

Taylor added that Cobblepot deeply appreciates the company as Nygma tries to help him through his problems.