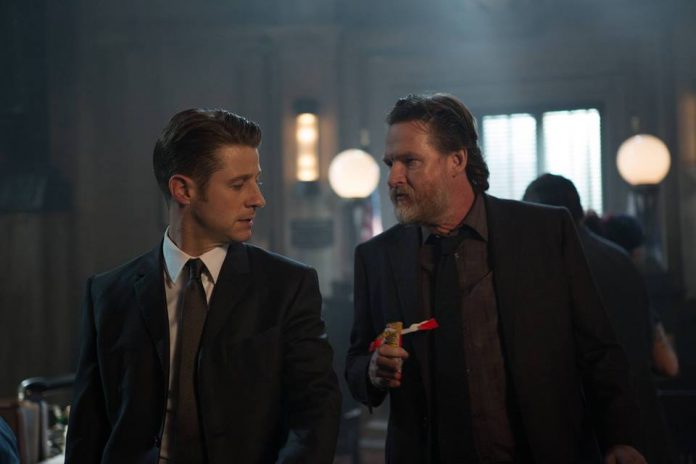 According to the International Business Times, when the show returns for its third season, Gotham City Police Department’s (GCPD) prodigal son may no longer be aligned with the law, but he will still be working alongside it. Jim’s new mission will be as a bounty hunter preying on the mutated criminals that escaped Indian Hill, the secret research facility located at the basement of Arkham Asylum, in the previous season’s finale.

Moreover, actor McKenzie told Comic Book Resources earlier this month that Jim wouldn’t be in a very good place emotionally after his attempts to find former fiance, Leslie “Lee” Thompkins (Morena Baccarin), does not turn out as well as he had hoped. Six months later, he would be taking the law into his own hands and turning once again to his original goal of ridding Gotham of its filth, one Indian Hill monster at a time.

“He is chasing these monsters down for a price, and collecting that money,” McKenzie elaborated. “He’s sort of disillusioned with the whole thing.”

Jim has been through a lot. It was only just a matter of time before he hit near rock bottom. In attempting to keep it straight, he ends up reeling into the deepest, darkest corners of his own psyche, but McKenzie is not calling Jim a villain just yet. “He has a certain morality, but it’s far, far away from where found him initially,” he said.

Additionally, Jim’s former partner and most trusted friend Harvey Bullock (Donal Logue) will still be around to serve as his grounding force, an older, more experienced mentor constantly keeping him from falling into the abyss.

“Harvey’s his one conduit to sanity,” McKenzie said of Jim’s partner. “He’s the one person sort of reminding him that.”

Of course, not everything is going to be dark and gloomy in Jim’s world as a new romance is expected to take over Lee’s place. Jamie Chung, who previously played Mulan in ABC’s “Once Upon a Time,” has reportedly been cast to play Valerie Vale, a new reporter for the Gotham Gazette, all set in asking the toughest questions to get to the bottom of the Indian Hill incident. Chung has also hinted that Valerie will be romantically involved with the conflicted former GCPD detective.

'Keeping Up With the Kardashians' update: KimKardashian tells Kylie Jenner to...