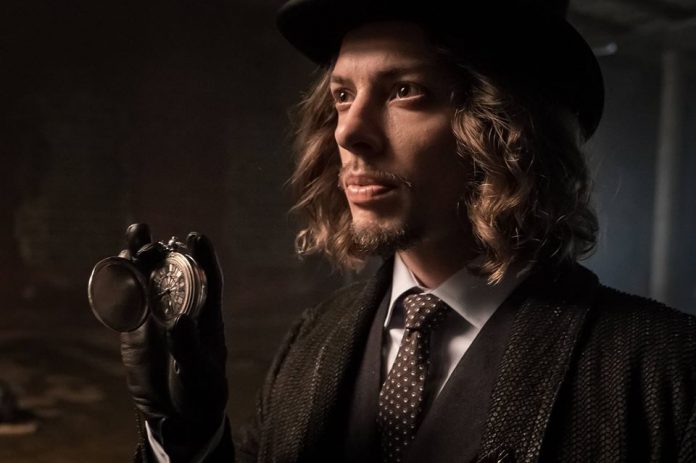 Prequel superhero series “Gotham” cruises along its third season with a new villain in town in Jervis Tetch also known as the Mad Hatter. And in his short stint in the show so far, the psychotic hypnotist showed fans how much he is willing to go to such lengths just to get what he wants.

Brought to life by Benedict Samuel, Gotham City’s newest big bad is not the typical one-dimensional antagonist that only gets off from the suffering of others. The fact of the matter is, the character’s twisted ways always roots back to his obsession with his sister Alice (Naian Gonzalez Norvind). To his defense, he did tap Gordon’s (Ben McKenzie) help at first until he discovered that Alice did not want anything to do with Jervis. Unfortunately, the news did not sit well with the mind-controlling maniac and almost had Gordon kill himself.

In an exclusive conversation with Collider, Samuel talks about his character and what makes his kind of antagonist a lot more dangerous than the average strong thug.

“It’s become clear that Alice is the most important thing to him, and I can safely say that, without her, he certainly would be plunged down the rabbit hole of madness. Anything is possible from there,” he explained. “Part of his madness is the out of sync view that he has of the world and his place in it. That’s certainly evident, in regards to his sister. As far as he’s concerned, their bond is unbreakable. But as we know, just because you think something, it doesn’t mean it’s real.”

Hints of where else he can go from manipulating Gordon to actually kidnapping Alice have been very evident in this week’s episode of “Gotham.” And since season 3 of the series even devoted the subtitle of the outing this year to him, fans can expect more madness from the Hatter.

Meanwhile, in next week’s episode titled “Anything for You,” the city is in shambles as crime goes up to an all-time high with Penguin (Robin Lord Taylor) struggling to uphold his end of the bargain. Elsewhere, Butch (Drew Powell) cozies up with the Red Hood Gang following them to a darker path, while Bruce (David Mazouz) follows up on Ivy (Maggie Geha who has yet to make an appearance).