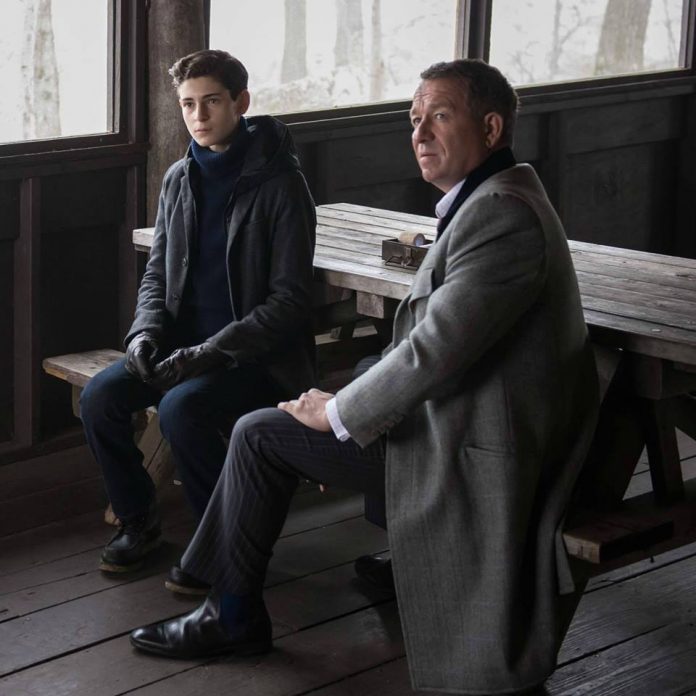 “Gotham” is slowly heading towards its season 3 premiere with the first look at the upcoming installment’s big baddie, the Mad Hatter.

Brought to life by “The Walking Dead” alum Benedict Samuel, Entertainment Weekly released a new promo still featuring the character along with the official description of the role.

“A talented hypnotist teetering on the edge of madness. He arrives in Gotham with an unwavering desire to find his sister, Alice, a young woman who went missing in the city years ago. It is anyone’s guess just how far down the rabbit hole he’s willing to go in order to find her,” the brief background on the character reads.

In the pages of the comic books, while the character is not equipped with any superpower, his natural mental ability alone is enough to wreak havoc. Originally a scientist named Jervis Tech, he was able to come up with various mind control devices that enabled him to control his victims. Despite being patterned on the original Mad Hatter from Lewis Carroll’s “Alice’s Adventures in Wonderland” and sporting similar looks, the DC Comics version is significantly different from its source material.

Aside from the Mad Hatter, other familiar characters are also set to arrive in Gotham City, including the prototype versions of Harley Quinn and Killer Croc. The former, however, may come at a later time, while the latter may have his appearance sometime this coming season. The two notable villains were previously introduced in the film “Suicide Squad,” which just debuted this month.

“A lot of those characters, because they’re in ‘Suicide Squad,’ we’re not going to be seeing them this season,” the show’s executive producer John Stevens said at the recently held Television Critics Association press tour. “We will be seeing proto-versions of some of those characters; we’ll see a proto-Killer Croc version. And we’ll be seeing a character perhaps not this season, but in times to come who can be a forerunner for Harley Quinn.”

The DC Comics series has already made it clear that it exists in an entirely different realm than its movie counterpart, starting with the different actors portraying the same characters. Given this, bringing Harley Quinn into “Gotham” may pose some difficulties as the character is now heavily associated to Margot Robbie’s impressive iteration of the baddie. The same may be said for Adewale Akinnuoye-Agbaje, who took on the role of Killer Croc in the film.

“Gotham” season 3 will premiere on Sept 19 on FOX.