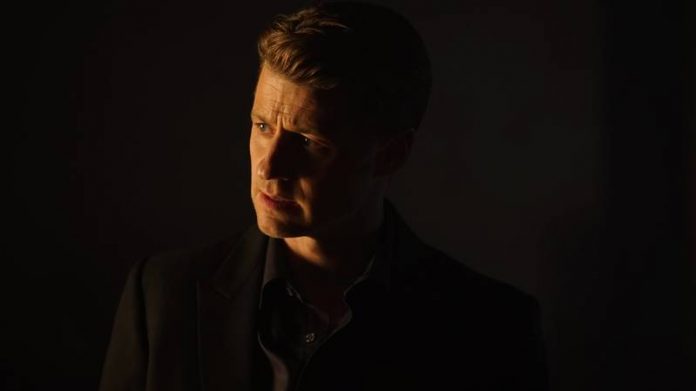 Jim Gordon (Ben McKenzie) will be put in a tough spot thanks to the Mad Hatter’s (Benedict Samuel) crazy ways in a brand-new episode of “Gotham” season 3.

Next week’s episode titled “Follow the White Rabbit” has the city’s newest big bad pushing Gordon to make a hard decision choosing between Leslie (Morena Baccarin) and Valerie (Jamie Chung). In the short clip for the installment, Jervis Tetch appears to be playing games with the show’s hero as he cajoles Gordon to find him presumably after issuing threats. As it turns out, the Mad Hatter has two important ladies in Gordon’s life in the palm of his hands and is forcing him to make an impossible decision. Obviously, Jim looks uncertain and it will be interesting how the situation will pan out.

It is as if “Gotham” is not skirting around the Mad Hatter wreaking havoc in the famous city and right away has the ball rolling in terms of his narrative. What started out as a guy looking to find his sister has become a full-blown maniac and it is safe to assume that should Jim devise a way to get out of the situation, the Mad Hatter will not stop until he finds a way to torture the city officer.

“Jim Gordon has that reputation for walking the thin line of moral and immoral, if it gets the job done, and it’s always a good thing to know someone in Gotham who’s willing to bend the rules a little bit. But I also think, probably deep down, the reason why he went to Jim Gordon is probably because he realizes that he can use him, if he needs to,” Samuel previously told Collider in an interview, detailing the reason for Tetch reaching out to Gordon.

Furthermore, the blackmailing that is being hinted for the upcoming episode may be a tease of what is to come regarding the dynamic between Gotham’s currently grounded hero and its newest villain.