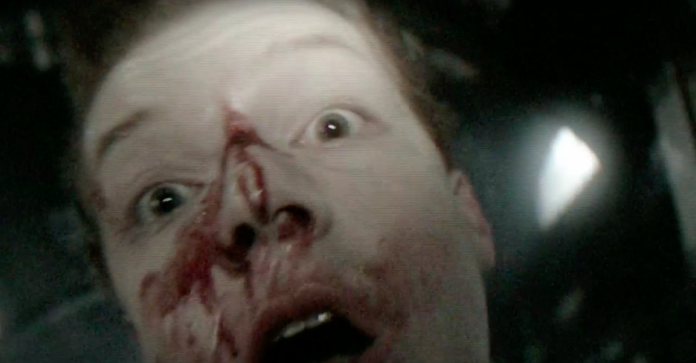 A sneak peek at the brand new installment of FOX’s hit series “Gotham” season 3 hints at the return of Jerome Valeska (Cameron Monaghan) who is considered to likely become the menace of the city, The Joker.

According to Comicbook.com, the fall finale that aired this week was followed by a preview of the second half of the season. The promotional clip focused solely on the exciting comeback of the said character. Although most of the footage comes from season 2, new snippets feature a mysterious person walking toward a row of large containers. It is presumed that these contain preserved human bodies with Jerome being in one of them. The warning simply reads, “This January, he will return.”

Earlier this year, executive producer John Stephens confirmed the reappearance of the murderous villain. Although, he did not explain how he will be resurrected. It can be recalled that in the second season, he was killed when Theo Galavan (James Frain) stabbed him in the neck.

In an interview with Zap2it, Stephens explained that the build up to his return will be showcased during the second half of season 3 but his actual recurrence takes place in season 4.

“You’ll have these underground movements that have started to talk about Jerome and what he represented and how he’s going to come back like in the days of John the Baptist,” he teased. “Setting the stage that if there is a Season 4, hopefully we’ll bring that back in a much bigger way and you’ll see these different versions of the Joker myth.”

The executive producer also said that when Jerome comes back to life, he will not be the same maniac.

“He plays into the idea of transformation. When he comes back, you want to see that new version. That next step forward,” Stephens concluded.

The network has yet to set a specific date for season 3 episode 12 of “Gotham.”