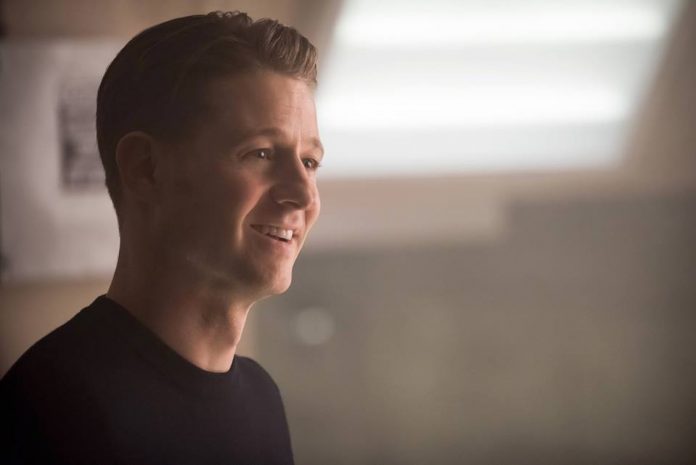 Talking to TV Line during the recently concluded San Diego Comic-Con, the lead star stated, “Yours truly might become another iconic DC character,” which seemingly surprised even his fellow cast members.

Asked to divulge more, “In the middle of the season. At the end of the season, I might take on the persona of a different character. It’s an exclusive!” he continued. When the series returns to the small screen, Jim will become more physical as he turns into a bounty hunter to round up possible threats.

Aside from his new job, he may have more relationship problems with girlfriend Leslie “Lee” Thompkins (Morena Baccarin) as the latter seems to have found someone else. “We start the season with her not with Jim and perhaps with a new love interest,” Baccarin teased.

During the interview, the cast also shared that the theme of the new narrative has been dubbed “Heroes Will Fall,” potentially making some of the superheroes “very bad.” It will also focus on the Court of Owls and the repercussions Dr. Hugo Strange’s (B.D. Wong) experiments have on the titular city.

At the end of the sophomore run, the villainous scientist brought back from the dead a slew of villains which will be led by Fish Mooney (Jada Pinkett Smith), who will also be gunning after Penguin (Robin Lord Taylor). Among them is Bruce Wayne’s (David Mazouz) long-haired doppelgnger.

Referring to his dual role in the new installment, Mazouz pointed out that the two are very different people, “but for some reason they look exactly the same, have the same kind of mannerisms, and are basically almost the same person. But they’re not.”

Executive producer John Stephens added that the antagonist may come in not knowing what he is exactly there for, but “he was created for a reason.” He also confirmed that the character will have a big impact not only on young Batman’s life but also to Selina (Carmen Bicondova).