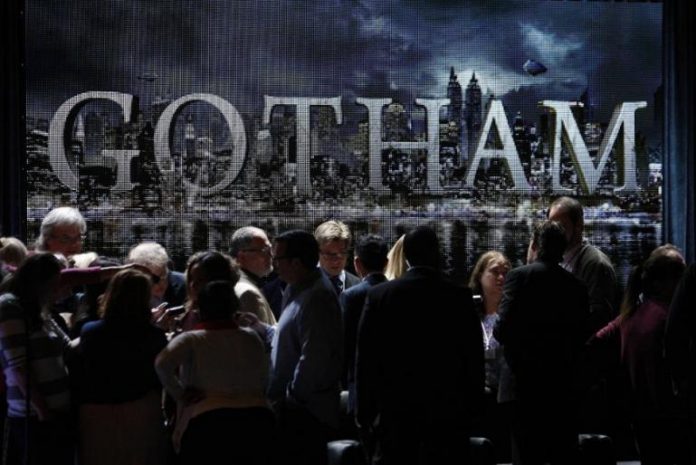 The latest promo trailer for Gotham’s second season promises a challenging season for Detective Gordon as villains seem to multiply in his beloved city.

The trailer entitled Villains Rising shows Gotham in chaos as Batman’s arch enemies, The Joker, The Riddler in his early stages, and Catwoman cause chaos in Gotham. What’s more, at the end of the clip, it seems as if the villains have banded together to continue to the reign of terror on the city.

The villains are shown before they adopted their DC personas and show the baddies in their civilian form although judging by their statements, they have fully committed to the other side of the law.
<iframe src=”https://www.youtube.com/embed/FBah_uo9rY0″ frameborder=”0″ width=”640″ height=”360″>
Viewers will also be treated to the first glimpse of the Batcave, which was teased at the end of the last season.

According to David Mazouz, who plays the young Bruce Wayne, the second season will see the orphaned billionaire come to terms with his future vigilante lifestyle.

“What is down there are clues to Thomas Wayne’s secret life and what he was trying to do before being killed,” he said to TV Insider.

The young actor further said that finding the Batcave will change Bruce’s views of Alfred, the criminal side of Gotham and even how he remembers his parents.

Season 2 will also provide a possible motive for the killing of Bruce’s father after he discovers some anomalies in the handling of the company’s activities.

The backstory adds to a wealth of other versions of the death of Thomas Wayne based on Batman comic books.