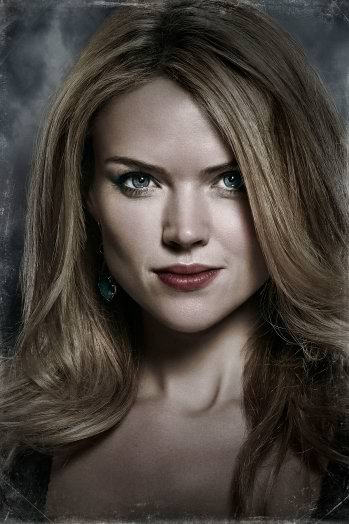 Gotham, now in its second season, is aiming to focus more on what it originally meant to focus onthe origins and beginnings of the popularand also the not so popularsupervillains in the Batman mythos.

Already introduced characters include The Penguin, Edward Nygma as a pre-villain The Riddler, Selina Kyle as the young Catwoman, and also a pseudo-Joker Jeromewho turned out to be not The Joker after all.

For Season Two, Barbara Kean turns to her dark side even more as she also takes her own path to villainy, pushed by her obsession with Jim Gordon. Following her turning during the latter part of the show’s pilot season, Barbara now works with siblings Tabitha and Theo Galavan.

But will she be an underling forever? Actress Erin Richards revealed that her entire play will come to life by the mid-season finale.

“Yes, she definitely has an end point that she’s trying to get to,” actress Erin Richards told ComicBook.com during an interview at New York Comic Con. “You’ll see that develop as the season gets around [episode] 6, and 7, and 8, you’ll see that development coming to fruition for her.”

Unlike other characters in the series that are already considered iconic, Barbara Kean is not as prominent as Bruce Wayne. Playing a comics books character that does not have any significant live-action adaptation yetbe it for the big screen or the small screenalso helped Richards in “owning” the role even more, and also gives her more freedom with playing the character.

“That’s really fun, obviously,” she added. “It’s this ultimate play with her and me now. I’m not as set as some of the other characters are, as far as people knowing them well. So I’m able to really make Barbara my own a bit more.”

Catch Barbara and all other villains in Gotham every Monday on FOX.

Fast and Furious 8 news: Vin Diesel and Kurt Russell in...

'Castle' news: Show may only have eight seasons; producers prepared for...