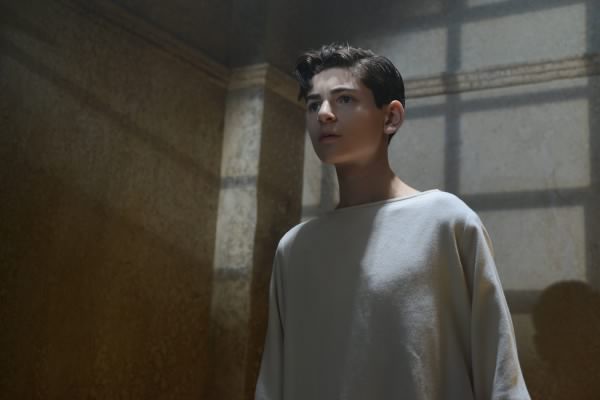 Monday, Nov. 30, will not only see the much anticipated fall mid-season finale of “Gotham,” as a new “Batman v Superman: Dawn of Justice” trailer will be revealed at the end of the episode.

However, before the massive fall finale and the much awaited new trailer reveal, the official “Gotham” Twitter account shared a video featuring an interview with the cast of the television show with the question, “Whose side are you on in the Batman vs Superman debate?”

Naturally, most of the actors that were interviewedincluding Sean Pertwee, the show’s Alfred Pennyworthsided with Batman. After all, as they said, it’s a Batman prequel show they are all in. The only actor to pick the side of the other longtime favorite superhero, Superman, is Drew Powell, who plays Butch Gilzean.

“Seriously, is that gonna get me fired?” he said jokingly.

The fall mid-season finale of “Gotham” will pick up from events of the most recent episode, where Theo Galavan’s grand sinister plan to “cleanse” Gotham City and claim it as his own reaches the climax. Stakes were raised, and as the official synopsis has revealed, not everyone will see the end of everything.

The synopsis for the Fall mid-season finale episode is as follows. The episode is titled “More Than a Crime.”

“When Bruce Wayne is kidnapped, Gordon must look to some unlikely and dangerous allies for help. It is a battle of the villains, and not everyone makes it out alive.”

Will Alfred be back to save Bruce? Will Gordon make it in time? How about Oswald Cobblepot, will he be able to deal with his revenge on Theo before everything ends? Following the death of other supporting characters this seasonthe pseudo-Joker Jerome, Oswald Cobblepot’s mother as brutally murdered by Theo Galavan, and Miss Kris Kringlewho will bid goodbye next?

“Gotham: Rise of The VillainsMore Than A Crime” airs Monday on FOX.