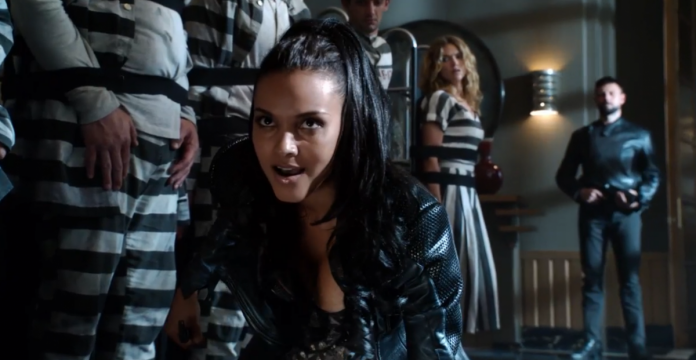 The second season of “Gotham”titled “Rise of The Villains”saw a number of villains rise more than they did during the last season, all the while introducing quite a few new ones. As sister of the main man behind the plot against Gotham CityTheo GalavanTabitha Galavan had a huge role in the said plot. Until recently.

In an interview with ComicBook.com, actress Jessica Lucas shared details as to the fate of her character in the coming episodes of “Gotham.” According to her, it seems that Tabitha is done being part of Theo’s grand plan to claim Gotham as his ownwith their relationship getting rougher than ever.

“The slow cracks that are forming in the relationship with her brother, her coming into her own, gaining some independence and understanding her power, I think that’s something that will continue to grow,” Lucas said. “She’ll just keep coming into her own more.”

But, with her most recent actions being evidently reckless and not entirely like the calm and calculate methods of her brother, Theo, what will happen to Tabitha?

“She’s impatient and doesn’t think about the consequences of her actions the way that Theo does,” she shared. The actress added that whether her character can be without her brother is still unclear, but it is intriguing.

Now, Tabitha is separating from her brother, a move which equates to her separating from the Order of St. Dumas as well. As for the grand plan, Tabitha may no longer be as faithful to their original cause as she had been in the past.

“Resentment is building. She’s disillusioned,” the actress shared, talking about how her character is weighing in on her side right now. “I don’t know how on board she’ll continue to be [with the Order of St. Dumas]. She’s not as on board with the plan anymore.”