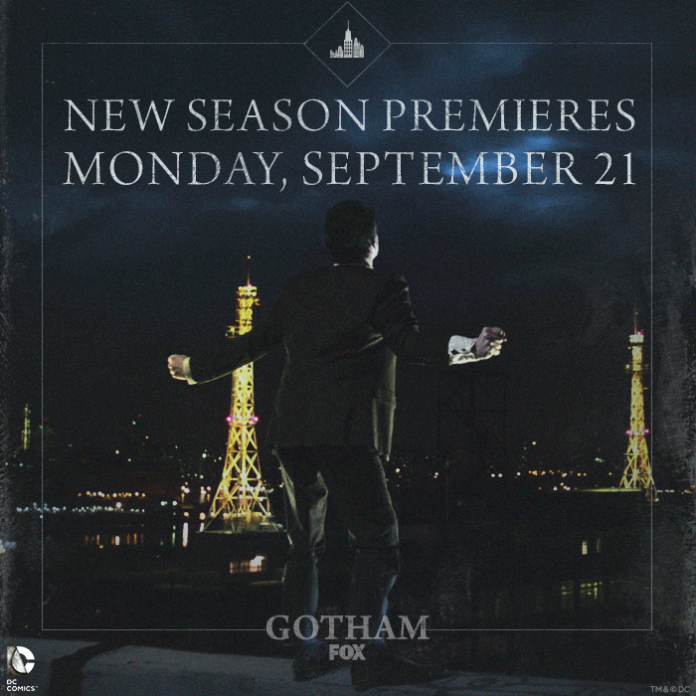 Viewers of Fox’s science fiction drama “Gotham,” can finally mark their calendars for a countdown to season two’s premiere, which is slated for release on September 21.

The prequel to DC Comics’ cape-donning and crime fighting hero “Batman,” the new season will have an array of villains who will certainly make the city a lot scarier than ever before.

Exclusively reported by TV Line, Jessica Lucas and James Frain are added to the cast as the bullwhipping sister and brother, Tabitha also known as Tigress, and Theo Galavan. The former is said to be the lead enforcer of her brother who gets a sensual pleasure from troubles she creates, while the latter is a cold and calculating billionaire who desires to take over Gotham. Their plan will reportedly create new villains while destroying some.

Dustin Ybarra will also join the ensemble and will have a recurring role of Robert Greenwood. According to Zap2it, Greenwood is a homicidal cannibal officially described by the show as “His appetite for murder is only surpassed by, well, his appetite.” He is locked up in Arkham Asylum for the Criminally Insane after he was charged with murdering and eating a lot of women.

The show also announced that it will release an exclusive TV Guide Magazine cover for the upcoming Comic Con at San Diego Convention Center this month. Taking the news to twitter, “Attention, #Gothamites: @warnerbrostv released this EXCLUSIVE cover, and it’s coming to newsstands near you! #Gotham.”

Ahead of the Comic Con, Melty reports that the official synopsis has also been released. It teases that Detective Jim Gordan’s morals will be tested as he continues to protect the city against the new supervillains with the help of veteran Detective Harvey Bullock. He will also persist in gaining the trust of the young Bruce Wayne.

Moreover, the synopsis reads, “Gotham will continue to follow the evolving stories of the city’s most malevolent villains: Edward Nygma/The Riddler, whose transformation from Gotham PD’s forensic expert to psychologically unhinged villain continues; Selina Kyle/the future Catwoman, whose hard-knock existence propels her into a life of crime; and the increasingly unstable Barbara Kean.”

What may be the most interesting part of the synopsis for some viewers will be the interesting hints it dropped, “Gotham also will explore the origins of new villains, including The Joker and Mr. Freeze.”