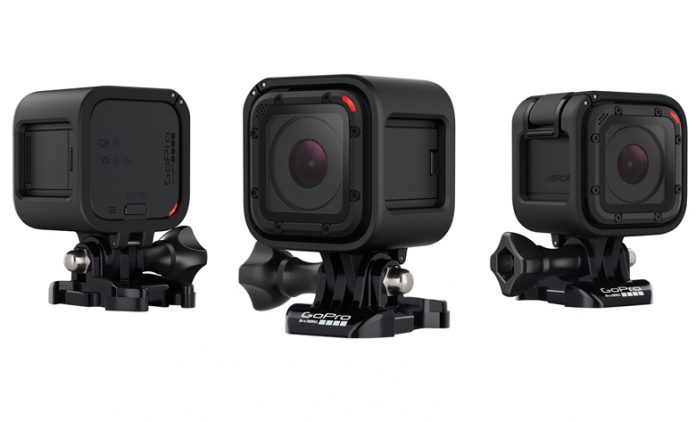 GoPro Incorporated has announced that after three years in the making, it is finally releasing the smallest and lightest camera in the series, “Hero4 Session,” on July 12.

According to Tech Crunch the camera only measures one and a half inchs cubed and weighs 2.6 ounces, making it 50 percent smaller and 40 percent lighter than Hero4 Black and Silver cameras.

GoPro founder and chief executive officer Nicholas Woodman said that the challenge for their team is to find a way to make the device more convenient, “With HERO4 Session, we challenged ourselves to produce the smallest, lightest, most convenient GoPro possible. HERO4 Session combines the best of our engineering and user-experience know-how to deliver our most convenient life-capture solution, yet.”

Aside from the size, Session does not need separate casing to become waterproof and shockproof. Unlike previous models, the camera can now reach underwater depths of 10 meters and its rubber materials make it solid and sturdy for outdoor use up the mountains.

Additionally, it has a new built-in microphone system that can pick up clear audio after submerging undersea as the membrane drains trapped water. There is also a microphone at the back which the device switches to when it detects a high-level noise in front.

When mounted on a gear, the video automatically flips right side-up even if the camera has been tossed and tumbled.

Moreover, although the battery is irreplaceable, the minimalistic design of the buttons make for a smarter energy-saving control. On top of the camera is a big red button that when pushed will open and start recording a video. Another push and it will stop recording and turn off the device.

A smaller button at the backside is for the LCD that is now mounted on top. It shows a few functions such as camera’s mode, battery life and connection status. If a user wants to change specific settings, they can use the GoPro smartphone application.

There may also bit of a downside for some users as the camera retails at $400 but it cannot take 4k ultra-high definition videos and high-speed capture modes unlike its predecessor Hero4 Black which sells at $500. The highest it can record is 60 frames-per-second at 1080p or 30fps at 1440p.

New accessories and mounts will also be launched on the same day including Ball Joint Buckle, The Floaty, The Strap, The Jam, Casey and Windslayer, Wired reports.

‘Diablo III’ coming to Nintendo Switch despite denial from Blizzard