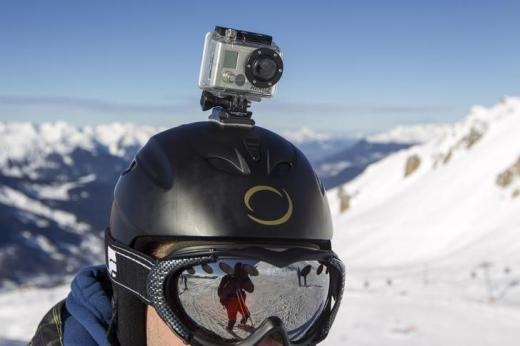 Rumors have it that GoPro’s upcoming next-generation device, the Hero 5 action camera, may be released sometime before the year ends, featuring exciting specifications that will make it a top choice for tech enthusiasts.

According to reports, the features of the camera are speculated to include 1080p resolution at 30 frames per second (fps). It may also be capable of capturing videos at 8K resolution. Since it is designed and marketed for consumers who love hardcore adventures and the outdoors, it may also be equipped with waterproof capabilities without the need for an external casing. Overall, the Hero 5’s dimensions are also expected to be lighter and smaller. It may also have more improvements compared to its predecessors, including longer battery life.

However, the company has yet to officially confirm the product, and available information should be taken with a grain of salt. The lack of updates from the company has fans worried that it might not launch in 2016.

The latest word regarding the status of the GoPro Hero 5 was revealed by The Verge. The news outlet shared that the company’s upcoming lineup includes an action camera, their first-ever drone dubbed as ‘Karma,’ and a spherical camera for the general consumers.

GoPro CEO Nick Woodman announced back in May during their Q1 financial results report that the drone’s release would be delayed until the holidays. The gadget was originally set to be made public within the first half of the year.

“While we had to make the difficult decision to delay our drone, Karma, the upside is that Karma’s launch should now benefit from the holidays,” he stated.

Although he remained tightlipped about the features, he hinted before that its camera will be at least 1440p in resolution and can record very stabilized footages. “The [quadcopter] boom exists because of GoPro and now it’s growing much bigger than GoPro,” Woodman added.

“People are getting into quads not because they like flying little quads around, but I think the original impetus is they want the incredible content that a GoPro and a quad enables,” he continued.

Apple Watch 2 release date: Device may be unveiled in March