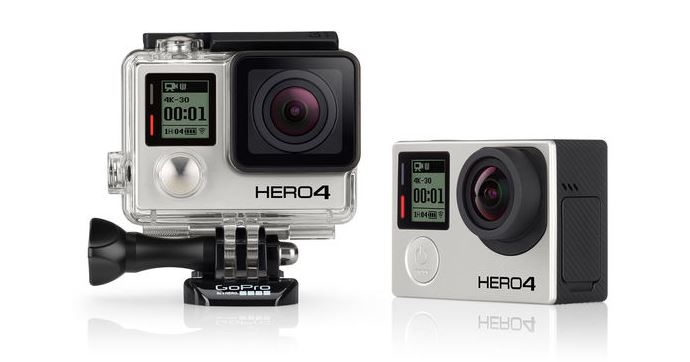 Earlier this year, it was confirmed that GoPro will be working on the next action camera in its Hero series, but as of the recent months, the company has been keeping very quiet about the device. It has been reported that GoPro could be focusing on its upcoming Karma drone, while there have also been rumors that the GoPro Hero line could be scrapped altogether. However, a new leak this month appears to confirm that the GoPro Hero 5 is on its way as photos of the purported device and its specs were revealed online.

According to Mashable, a Japanese blog called Nokishita posted pictures and specs of what is believed to be the upcoming action camera. The images and specs have since been removed from the site, but several media outlets and tech watchers were able to get a screenshot of the leaks.

The alleged Hero 5 appears to be slightly larger than its predecessor, as it measures 62 mm x 44.6 mm x 32.7 mm as compared to the Hero 4 Black’s 59 mm x 41 mm x 30 mm dimensions. The device has the GoPro logo on the back next to the camera’s touchscreen. The front is marked with “PVT3” which stands for Production Validation Test 3, suggesting that GoPro could be preparing to mass manufacture the device very soon.

Another leak shows that the Hero 5’s water resistance could be improved by a “Super Suit” housing, a clear casing which is believed to protect the camera from damage when submerged in deep water. The GoPro Hero 5 is said to be waterproof up to 10 feet, but for deeper submersion, users will have to use the Super Suit case.

It is also said to have a 12-megapixel camera, voice control over basic functions, manual audio control, and various 720p modes, among others. As a bonus, the upcoming device is said to have Global Positioning System (GPS) and is allegedly compatible with the Karma drone.

Reports claim that the GoPro Hero 5 could be out in the market just in time for Christmas 2016. GoPro has yet to comment on the release date rumors and the leaked specs.