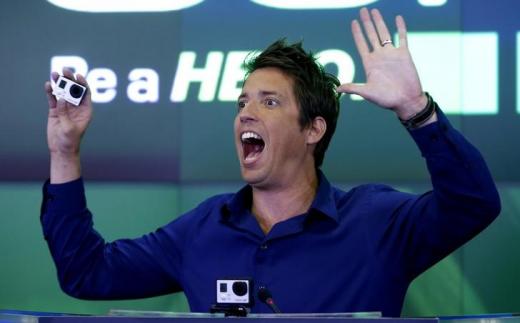 Rumors have it that GoPro may release its next flagship device sometime next year with features better than what have been included in the previous installments.

Speculations surround the rumor mill that the fifth iteration may include a display in a stunning 8k resolution and may have waterproof capability that can withstand up to 60 meters of water in depth.

When it comes to recording rate, the video may capture at 60 frames per second at the highest resolution while it may even be faster when shooting at lower a quality. As of the moment, the latest available quality is only 4k at 1080p, and with 8k it is deemed that people will have a more premium video that run smoothly and looks crisper. The device may also be equipped with an improved 3D photo and video rendering technology.

The dimension may be overhauled, reducing the size and weight to almost half the measurements of a Hero 4 Session. This means that the camera will be more compact and more convenient to carry around by sports enthusiasts and adventurers. GoPro Hero 5 may also come with an accessory dive housing for easy handling with no worries when exploring the sea or while surfing.

Although touted to be the best one in the market when it arrives, some fans hope that certain elements will be retained by the company such as the dual microphone set-up and out-of-the box waterproofing.

Moreover, with the price of the Hero 4 Session currently standing at $300, it is predicted that the more high-end gadget will be retailed at around $500 to $550, especially if the rumored specifications are included.

No official announcement has been made yet by the company but the release window is predicted to happen sometime next year as GoPro has just launched four cameras in 2014.

'Fallout 4' mods for Xbox One available next week