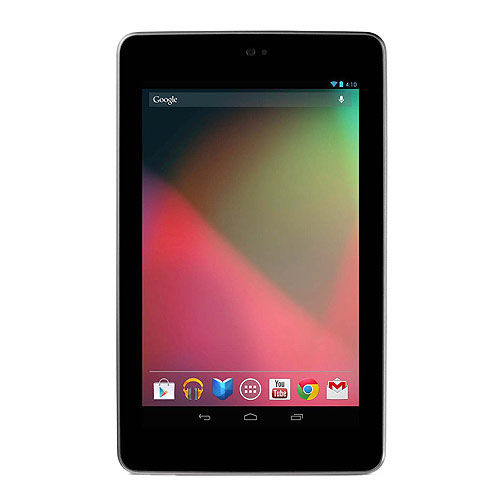 Google is going to be hosting a hardware event on Oct. 4, and it is safe to say that they are planning to unveil their new line of Pixel smartphones. Animation featuring the Google search bar transforming into the outline of a smartphone is a dead giveaway, and so are the dozens of reports confirming the announcement. But what about the rumored Huawei-made Nexus 7 (2016) tablet? Will it be at the event?

If the rumors are true, the new Nexus 7 may be hitching a ride to the event. While there is no solid evidence confirming that the tablet will be unveiled at the event as well, sources believe the Nexus 7 (2016) will be revealed along with its smartphone counterparts. The event will start at 12 p.m. EDT, so curious consumers can check on the news to see if the tablet is announced.

Rumor has it the Nexus 7 (2016) may be rebranded just like the Pixel smartphones. Many believe the device’s new name will be “7P,” since Huawei supposedly trademarked it a few months back. Perhaps it will be called the “Pixel 7.”

The new Nexus 7 (or Pixel 7) will allegedly have a 7-inch pressure-sensitive display that supports a Quad HD 2,560 x 1,440-pixel resolution. For its processor, the tablet will utilize either a Snapdragon 820 chipset or the NVIDIA Tegra X1. It will also use the latest Android 7.1 Nougat operating system.

If the rumors are true, the device will come with 4 GB of random access memory (RAM), 64 GB of internal storage space that can be expanded further up to 2 TB with a microSD card, an Adreno 530 graphics processing unit (GPU), and a 13-megapixel rear camera.

With October fast approaching, people who want a new 7-inch tablet from Google will be crossing their fingers hoping that the Nexus 7 will be part of the planned event.