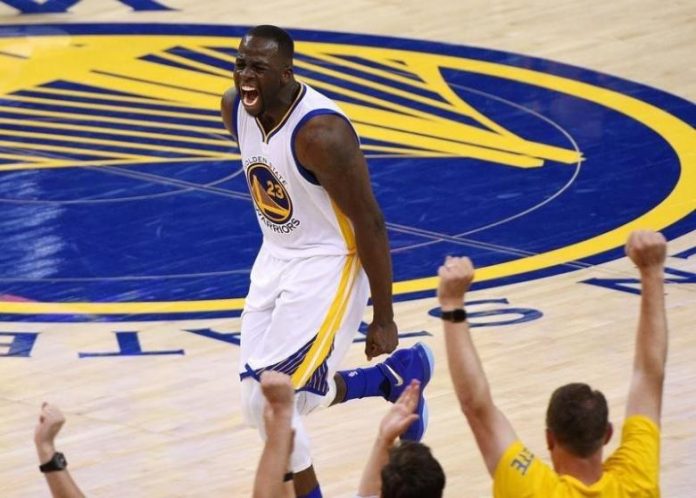 The Golden State Warriors started the season in a way that no one expected a blowout loss. But to be fair to Dub Nation, that loss comes in the hands of the rejigged San Antonio Spurs, a team that featured a frontcourt duo of LaMarcus Aldridge and Pau Gasol against Zaza Pachulia. Well, much has been said and hyped about the Warriors heading into the new National Basketball Association season right after the acquisition of former MVP, Kevin Durant. This season, there is no other goal but to win the title. Anything short of that could lead to this newly formed squad getting disbanded sooner than later.

According to several rumors online, the first likely casualty of the failure to win the NBA championship is forward Draymond Green. It’s too early to tell but the biggest weakness this super team will face as the season goes deeper is rebounding, something that they could offset if head coach Steve Kerr and the front office decide to trade Green in exchange for a couple of players who know a thing or two about rebounding.

This is why ESPN’s NBA Trade Machine thinks a potential Denver NuggetsGSW swap of Kenneth Faried and Will Barton for Green is a good idea. Although Faried isn’t a tall and intimidating presence inside, he still is a monster on the boards. Barton, on the other hand, can play the two-guard position, and when he does, he’s one of the best rebounders in that role.

Another intriguing trade scenario is Green in exchange for Orlando Magic’s recently acquired big man, Serge Ibaka. The fact that Green’s outside sniping is no longer that much of an asset to Golden State due to Durant’s entry means that the Warriors will need more of Ibaka’s caliber. The shot-blocking forward/center is defensive-minded and has played with Durant for several years with the Oklahoma City Thunder, suggesting that chemistry won’t be an issue.

The truth is that it is overly exciting to imagine a starting lineup featuring Stephen Curry, Durant, Klay Thompson, Serge Ibaka, and Pachulia next season. Unlike this season’s starting five, the one featuring Ibaka will have some defense injected in the Warriors’ high-octane offensive system.