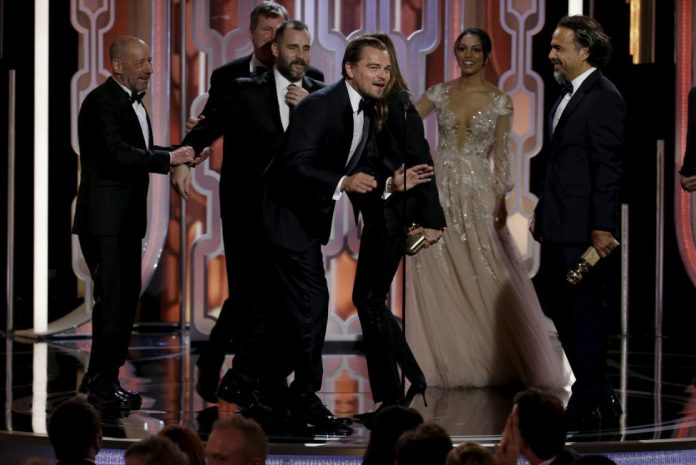 The 73rd Golden Globe has just concluded its 2016 awards night at the Beverly Hilton Hotel in California at 8 P.M. on Jan. 10, Sunday night, hosted by Ricky Gervais. With “Carol” dominating the film nominations with five, and with Netflix and HBO leading television series categories with eight and seven, respectively, which among these won?

The Film Geek Guy has rounded up the list of nominees and winners for each category. Under Motion Picture, “The Martian” won the Comedy or Musical category, while “The Revenant” bagged the award for Drama. Director of “The Revenant” Alejandro Gonzales Inarritu also got the recognition for his work as Best Director.

Meanwhile, Brie Larson from “Room” and Jennifer Lawrence from “Joy” were the Best Actresses for Motion Picture, while Leonardo DiCaprio from “The Revenant” and Matt Damon from “The Martian” got the male counterpart awards, under the Drama and Comedy or Musical categories, respectively. On the other hand, Kate Winslet from “Steve Jobs” and Sylvester Stallone from “Creed” were acclaimed as the Best Supporting Actor and Actress for Motion Pictures, respectively.

For the other awards, Best Screenplay was given to Aaron Sorkin of “Steve Jobs,” while Ennio Morricone got the Best Original Score for “The Hateful Eight.” Aside from these, “Inside Out” bagged the “Best Animated Film” while Spectre’s “Writing’s on the Wall” was given the Best Original Song. Meanwhile, Hungarian film “Son of Saul” won the Best Motion Picture under the Foreign Language.

As for the Television Series category, “Mr. Robot” and “Mozart in the Jungle” were awarded as the Best TV Series for the Drama and Comedy categories, respectively, while “Wolf Hall” got the recognition for Best TV Movie or Limited Series.

Under the Drama category, Jon Hamm from “Mad Men” was the Best Actor, while Taraji P. Henson from “Empire” was the Best Actress. On the other hand, Gael Garcia Bernal from “Mozart in the Jungle” and Rachel Bloom from “Crazy Ex-Girlfriends” got the award counterpart respectively, under the Comedy category.