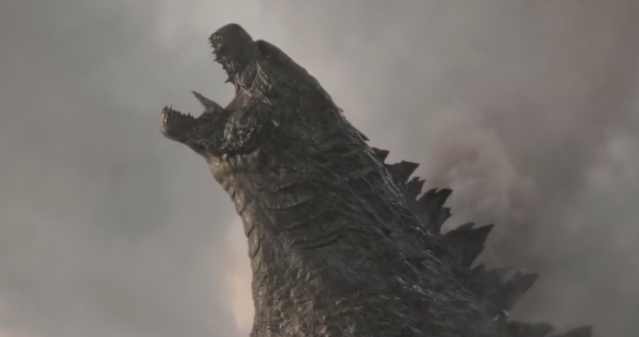 Fans will have to wait even longer for the return of the gigantic lizard of mass destruction on the big screen as Warner Bros. Entertainment Inc. delayed the release of “Godzilla 2.”

Moving from the film’s original release date of June 8, 2018, Gareth Edwards’ “Godzilla 2” is now slated to hit theaters March 22, 2019, The Wrap reported. As the Godzilla character is now part of the Warner Bros.’ “Godzilla-Kong Cinematic Universe,” the character is set to appear in a future film with King Kong.

The monster mashup, titled “Godzilla vs. Kong,” is currently slated for release on May 29, 2020 by Warner Bros. The move to delay “Godzilla 2’s” removed the film from some big competition, as Paramount’s sixth “Transformers” film is also scheduled for “Godzilla 2’s” former release date.

Still, Paramount remains a thorn in the Warner Bros.’ side as “Godzilla 2” will now have to contend with Paramount’s “Amusement Park” animated film.

“Godzilla 2” is the sequel to 2014’s “Godzilla,” a reboot of the “Godzilla” film franchise by Warner Bros. Starring Aaron Taylor-Johnson and Bryan Cranston, “Godzilla” retold the story of the titular gigantic lizard of mass destruction.

Awoken from his long slumber in the depths of the ocean, “Godzilla” rose up to battle other similarly monstrous and ancient creatures. The first film’s enemies were the Massive Unidentified Terrestrial Organism (MUTO), but plans for other monsters to appear in future film installments exist.

One such monster is the great ape King Kong, which is set to appear in the upcoming “Kong: Skull Island” movie that will be released on March 10 next year. The film will star Tom Hiddleston and will reboot the “King Kong” franchise, as well as add the character into a shared universe with “Godzilla.”

Gareth Edwards directed the first “Godzilla” and will return to direct “Godzilla 2.” Meanwhile, helming “Kong Skull Island” is Jordan Vogt-Roberts. No information on who will work on “Godzilla vs. Kong” is available as of report writing.