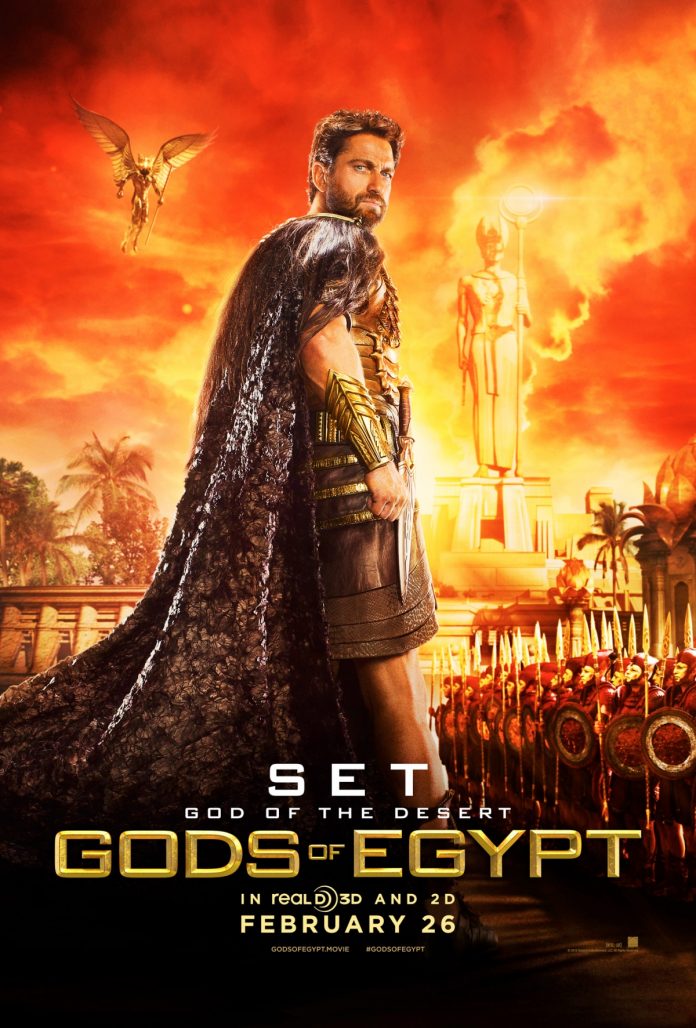 Lionsgate Entertainment has released the first trailer for its upcoming movie, “Gods of Egypt,” which stars Nikolaj Coster-Waldau, Brenton Thwaites and Gerard Butler. The trailer gives moviegoers a first look into the epic battle for mankind set in ancient Egypt.

The trailer shows glimpses of the initial battle between Set, the Egyptian god of the desert, and Horus, the god of the sky. It features flying gods, armies of darkness, huge monsters, and more battle scenes.

The trailer looks visually spectacular, according to Forbes. It certainly has its fill of sand, costumes, and visual effects necessary for monsters and epic battle scenes. The publication adds that the film, based on the trailer, looked like it cost $150 million to produce.

Similar to classical Egyptian mythology where it is based, the movie tackles the conflict between the usurper Set and the vengeful but rightful ruler, Horus. Central to the plot is the unlikely alliance between Horus, who lost his eyes to Set, and the mortal Bek, who restores Horus’ eyes, and how their actions will direct the destiny of mankind.

Here’s more from the official synopsis of the action-adventure film:

“The survival of mankind hangs in the balance as an unexpected mortal hero Bek (Thwaites) undertakes a thrilling journey to save the world and rescue his true love. In order to succeed, he must enlist the help of the powerful god Horus (Coster-Waldau) in an unlikely alliance against Set (Butler), the merciless god of darkness, who has usurped Egypt’s throne, plunging the once peaceful and prosperous empire into chaos and conflict. As their breathtaking battle against Set and his henchmen takes them into the afterlife and across the heavens, both god and mortal must pass tests of courage and sacrifice if they hope to prevail in the epic final confrontation.”

Alongside the three actors, “Gods of Egypt” stars Chadwick Boseman as Thoth, Elodie Yung as Hathor, Geoffrey Rush as Ra, and Courtney Eaton as Zaya. It is directed by Alex Proyas and will be in theaters on Feb. 26, 2016.

'Dancing With the Stars' season 23 cast rumors: JoJo Fletcher and...