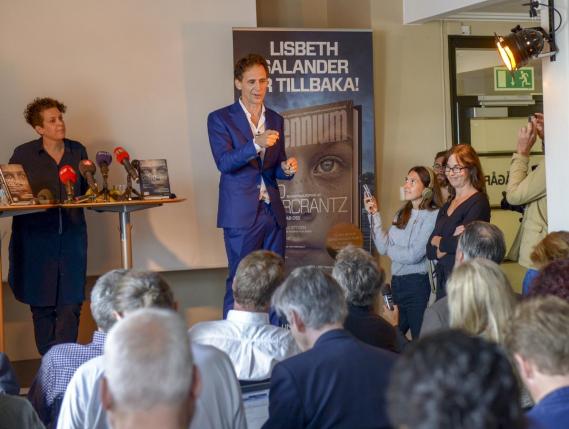 A sequel to the 2011 film “The Girl with the Dragon Tattoo” is finally in the works four years after the original hit. However, instead of taking up where the first film left off, with “The Girl Who Played with Fire” or even “The Girl Who Kicked the Hornet’s Nest,” it will go straight to the fourth novel, “The Girl in the Spider’s Web,” reported The Hollywood Reporter.

According to the report, neither the actors nor the original director will be returning. Sony Pictures reportedly sees this as an opportunity to make a fresh start with the franchise. The studio is now having early negotiations with Oscar-nominated screenwriter Steven Knight to adapt the fourth book for the sequel’s screenplay.

Alicia Vikander, who starred in “Ex Machina” early this year, is an early favorite to take over the role of Lisbeth Salander, played by Rooney Mara in the original film and Noomi Rapace in the six-part TV mini-series in Sweden. Producing the film will be former Sony chief Amy Pascal and Scott Rudin while Sony Pictures’ Elizabeth Cantillon will oversee the project.

The high-profile casting for the rest of the roles will not come until after Knight finalizes the script, but a smoother transition is expected since Rudin and Pascal are said to be Vikander fans and feel she has the right look for the lead role of Lisbeth.

The last novel on which this sequel is based is the only one in the series which was not written by Steig Larsson, who had passed away. The novel “The Girl in the Spider’s Web” was written by David Lagercrantz, a Swedish writer who was commissioned by Larsson’s estate to write a sequel to the trilogy on super-hacker Salander.

The studio had reportedly counted on first adapting the second novel in the series, “The Girl Who Played with Fire,” but it has been put on hold for now to anticipate its release after “The Girl in the Spider’s Web” once negotiations with Knight are finalized.